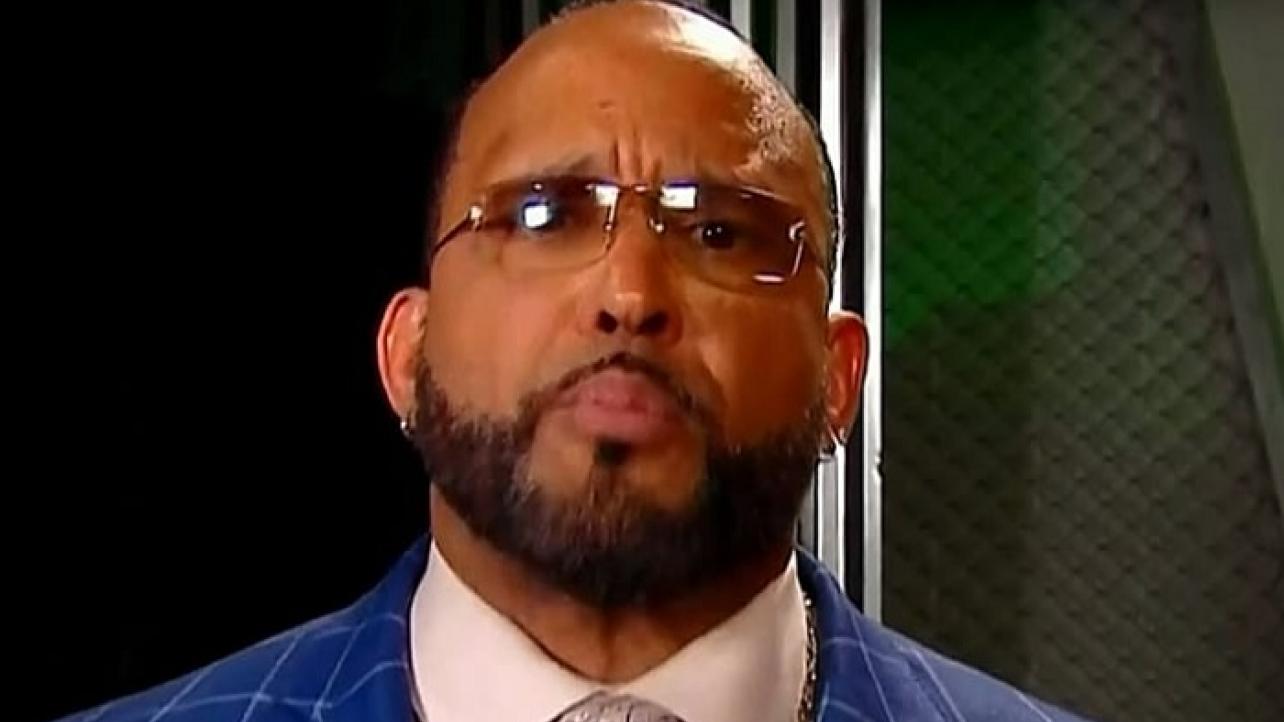 — During last night’s six-man tag team match which saw The Hurt Business take on Matt Riddle and Lucha House Party, MVP may have suffered a potentially serious knee injury, as stated on the latest Wrestling Observer Radio. Details are still unclear, but it was stated that MVP may have blown out his right knee and was favoring it before the match ended. Following the bout, WWE officials attempted to help him to the back when the cameras were not on him.