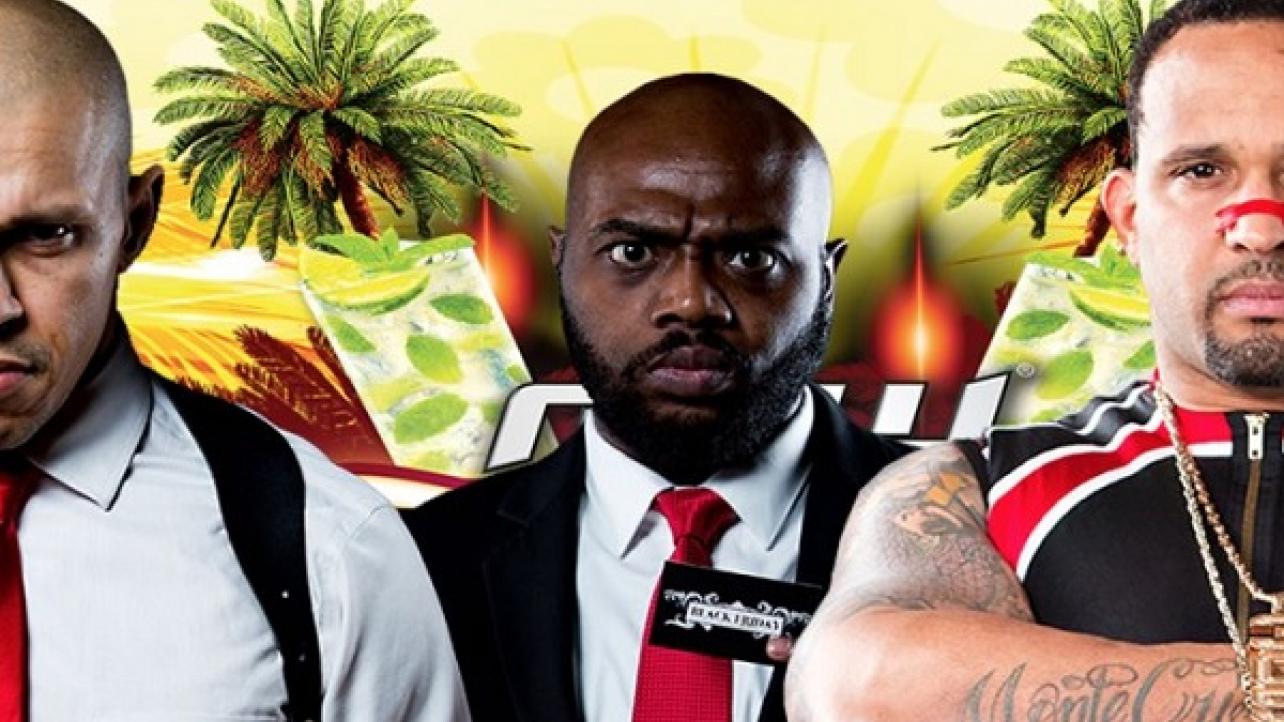 On Tuesday, Major League Wrestling (MLW) announced that MVP vs. Low Ki will take place at their “MLW: Spring Break 2018” event, which goes down on March 8th in Orlando, Florida.

Featured below is the official announcement from MLW.com:

UNSANCTIONED: MVP VS. LOW KI WILL GO DOWN AT MLW’S MARCH 8TH IN ORLANDO

For the first time in the history of Major League Wrestling, the organization is allowing an unsanctioned match to take place on an MLW card as MVP vs. Low Ki (with Stokely Hathaway) is set for MLW: Spring Break ’18 on March 8th in Orlando.

You can purchase tickets now at MLWTickets.com.

At MLW: Road to the World Championship (available for free) Stokely Hathaway, Black Friday Management boss, along with Low Ki interfered in MVP’s bid for the World Title. In the closing moments of the match, Low Ki knocked out MVP, assisting Tom Lawlor in defeating MVP in the opening round.

An unsanctioned match is a rarity in the sport where the sanctioning organization (MLW) has no responsibility for the competitors or their safety. A winner is decided upon his adversary’s inability to continue the match.

MVP made the challenge last night with Hathaway, in the midst of a contract dispute with MVP, working overnight with MLW on the contract for the unsanctioned match. A statement from Black Friday Management is forthcoming later today.

“We’ve had league officials and personnel caught in the fire as its escalated between these two. We are at the point where MLW couldn’t in good faith sanction a rematch. MVP’s solution worked for us and frankly Low Ki. This is a match both men wanted – as did the fans. I’m glad we found a way to make it happen but also protect MLW from the consequences of such a bout,” said MLW CEO Court Bauer.

The following matches have been announced thus far for the 3/8 event:

UNSANCTIONED: MVP VS. LOW KI WILL GO DOWN AT MLW’S MARCH 8TH IN ORLANDO https://t.co/K3mgiaLgKE pic.twitter.com/yASWSEn9NW