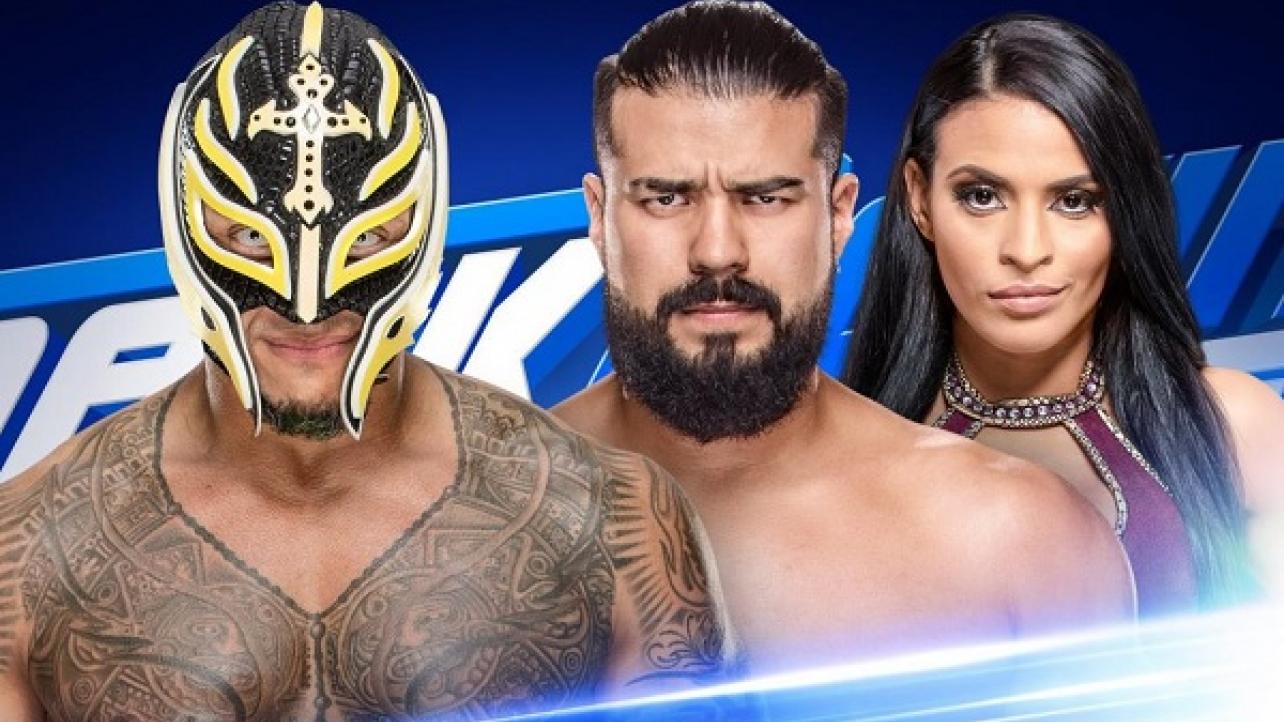 But that’s not all.

Additionally, WWE has announced two matches via their official website for this week’s show.

Rey Mysterio vs. Andrade will collide in a 2-out-of-3 falls match, while Samoa Joe and Mustafa Ali are also scheduled for battle on Tuesday’s show at the INTRUST Bank Arena in Wichita, Kansas.

Featured below are the announcements regarding the Mysterio-Andrade and Joe-Ali matches for Tuesday’s show:

In a match that had the entire WWE Universe captivated, Andrade was able to best Rey Mysterio in a thriller last week on SmackDown LIVE after Zelina Vega got involved. Now, the two Superstars are going to run it back in a match that will go a long way in proving who the better man is when they face off in a 2-out-of-3 Falls Match this Tuesday night on the blue brand.

Will Mysterio get the leg up on Andrade this time around? Or, will the surging Andrade take down The Greatest Mask of All Time again, seizing pivotal Royal Rumble momentum in the process?

Find out when SmackDown LIVE airs on USA Network this Tuesday night at 8/7 C!

The two are now scheduled to face off again this Tuesday night. Will SmackDown LIVE’s newest sensation gain a measure of retribution, or will Joe continue to build his own brutal brand of momentum heading into the Men’s Royal Rumble Match?

Make sure to join us here at eWrestling.com on 1/22 for play-by-play results coverage of WWE SmackDown Live.