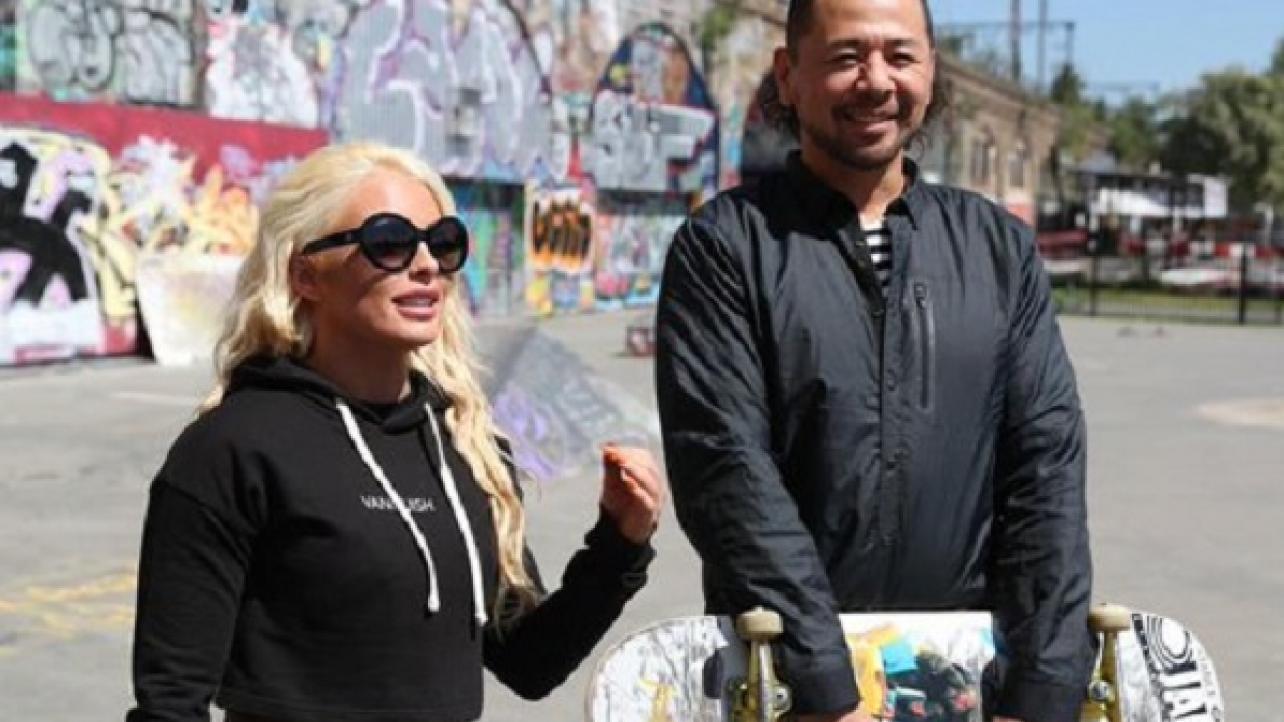 – WWE posted the following tweet on Tuesday that shows Shinsuke Nakamura and Mandy Rose receiving skate boarding advice from a couple of the United Kingdom’s top skaters while visiting the Mile End Skate Park in London, England this week.

.@WWE_MandyRose and @ShinsukeN picked up some tips from a few of the U.K.’s top skaters while visiting London’s Mile End Skate Park.https://t.co/MKThhllpjA

– Featured below is another tweet from WWE’s official feed. This one includes a link to a photo gallery on their official website of pictures from the WWE Bournemouth stop on the 2019 WWE European Tour.

– Finally, WWE posted the following video on their official YouTube channel on Tuesday that features Ali talking about his life as a WWE Superstar during Ramadan, and all of the adjustments he must make to his WWE schedule and family traditions as a result. The official description for the video, which you can watch in its’ entirety below, reads as follows:

“WWE Superstar Ali details life on the road during the holy month of Ramadan, when strict fasting is observed from sunrise to sunset. Ali explains how he adjusts his training schedule and performs during Ramadan, as well as his family traditions and more.”