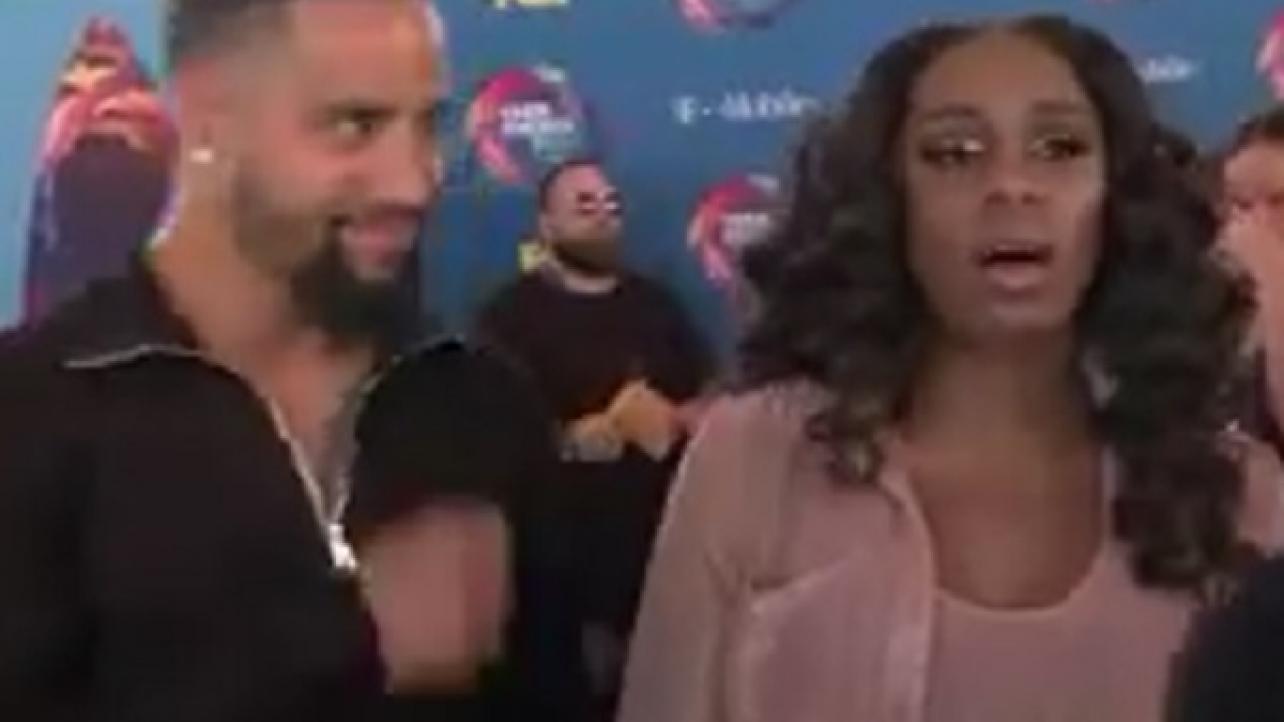 WWE broadcast team member Cathy Kelley caught up with Naomi and Jimmy Uso at the FOX Teen Choice Awards event this weekend for an interview about the upcoming WWE Evolution all-women’s pay-per-view event next month. Featured below are some of the highlights from the interview.

On the WWE Evolution pay-per-view and what it means for the WWE women’s division: “[It’s] mind blowing. We knew it eventually would happen, but didn’t know how soon, if it would still happen while I was still here. Now we can really show and prove that this will be amazing, we deserve to be here, and we deserve this moment.”

On Melina being who she would pick if she could choose anyone from the past to be her opponent at WWE Evolution: “Her splits are off the chain, but I just always thought she was. I have other favorites, but Melina is definitely one who I thought has always been unique and stood out. She’s awesome!”

The upcoming all women’s pay-per-view was the talk of the town at the 2018 #TeenChoice Awards! pic.twitter.com/y7zkfuMibB

WWE Evolution 2018 goes down from the Nassau Veterans Memorial Coliseum in Uniondale, New York on Sunday, October 28th. The event will air live via pay-per-view and on the WWE Network. Join us here at eWrestling.com on 10/28 for live results coverage of the show!