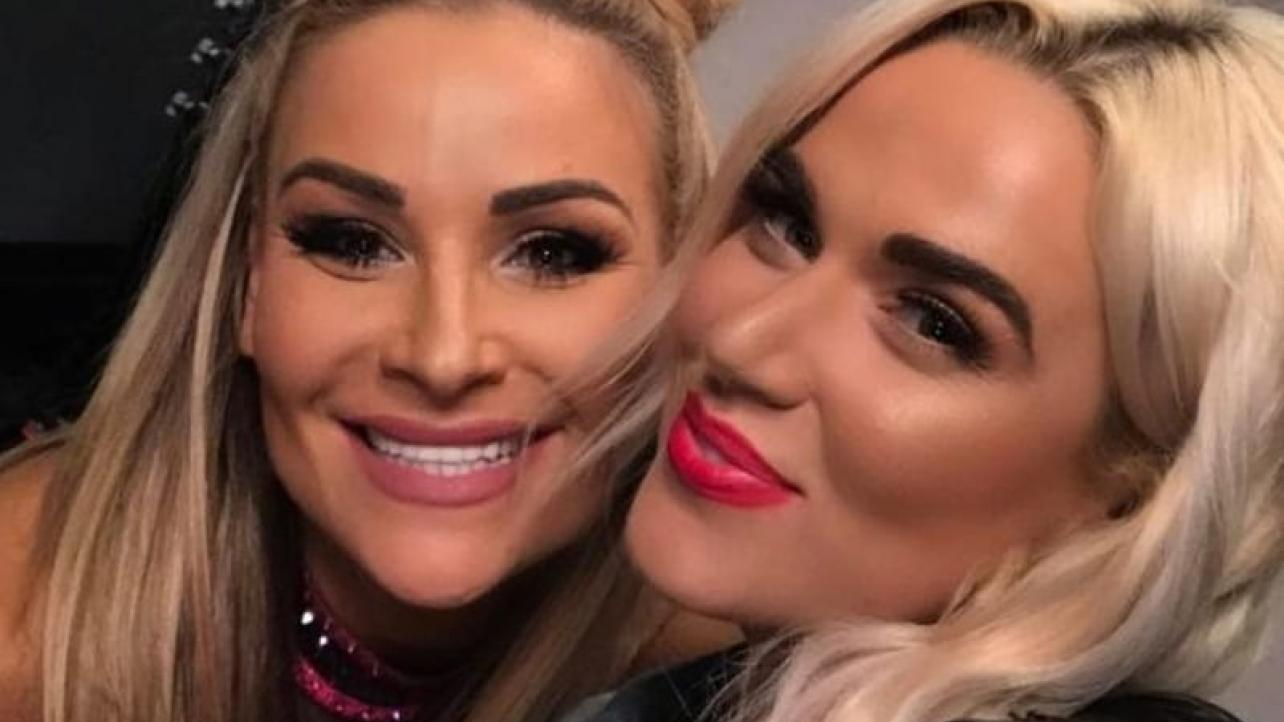 During Saturday mornings edition of Talking Smack, Tamina and Natalya appeared as guests. During their appearance on the show, Natalya spoke about a team on the Raw brand. “The B.O.A.T” spoke about Naomi and Lana, who appeared during a multi-woman scuffle, on the most recent episode of Smackdown. Natalya talked specifically about, Lana and called her a “stupid Malibu Barbie”.

“The Ravishing Russian” didn’t take to kindly to the comments, and made her feelings known via Twitter. Lana tweeted:

Thank you @NatbyNature & @TaminaSnuka for saying such kind words about @NaomiWWE & I on #TalkingSmack. FYI this so called “stupid” Malibu Barbie & her best friend Naomi are going to kick your asses and then become Champions. #WrestleMania #WWERaw #SmackDown #RavishingGlow

Lana and Nattie used to be “best friends”, but it looks like the friendship is now a thing of the past.