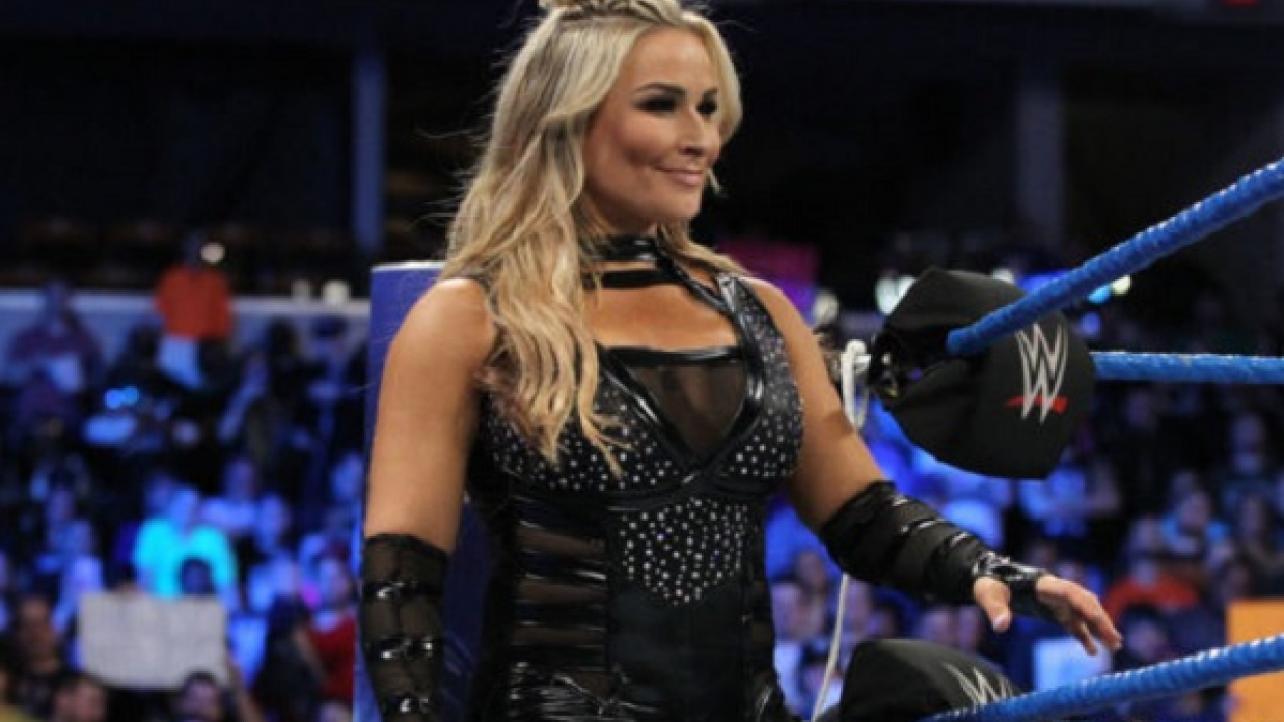 Natalya Recalls Ronda Rousey “Crying Her Eyes Out,” Says She Is Very Emotional

Natalya recently appeared as a guest on Busted Open Radio on SiriusXM Radio to promote this coming Sunday night’s WrestleMania 35 pay-per-view from MetLife Stadium in East Rutherford, New Jersey. Featured below are some of the highlights from the interview.

On Ronda Rousey helping get women to headline WrestleMania for the first time ever: “The thing about Ronda is that she has definitely put in the work. I like the fact that she is willing to take risks. She’s part of this WrestleMania main event for several reasons, and one of those reasons is she’s willing to make people hate her to get people interested and watching the show. You look at some of our most pivotal and polarizing characters in WWE — if everybody in the locker room was getting along, if Charlotte liked Becky, and Becky liked Charlotte, if everybody was just friends, would you pay to see that in the main event? Ronda said to me the other day, ‘I don’t care if people hate me, I don’t care if people like me, I want to help change this industry. I want to get everybody wanting to see this WrestleMania main event.'”

On she and Rousey calling a match totally on the fly last Christmas: “The match I had with Ronda that aired on Christmas Day, I had that match after I had three other matches on a taped show. Nobody even really knows this, but that match I had with Ronda, we called that entire match in the ring. We didn’t have any time to plan, meet, rehearse, prepare, or anything. We called the match entirely in the ring, I needed her to trust me and I needed her to listen, and she did. A lot of people think she just trains and rehearses for weeks and weeks, she has, in the past. But she’s grown enough where I can call a match in the ring, she listened, and she made people believe. She brought those emotions that can’t be taught.

“That’s another beautiful thing about Ronda is she’s very emotional. And when we were in the ring, she was crying her eyes out, she was scared because she didn’t exactly know what would be next because I was calling it to her. That’s what we do, that’s how we work, that’s what being a true professional is. Going in there and feeling the crowd, working off emotion, telling a amazing story, and she could do that. She could hang and that’s why I give her credit.”

Check out more from Natalya’s appearance on Busted Open Radio below.

“The thing about Ronda is that she has definitely put in the work. I like the fact that she is willing to take risks.”@NatbyNature explains to @davidlagreca1 & @bullyray5150 how impressed she was with @RondaRousey after their Christmas Day match, calling it in the ring. pic.twitter.com/Qhe4OBxZGV

Natalya Recalls Ronda Rousey “Crying Her Eyes Out,” Says She Is Very Emotional