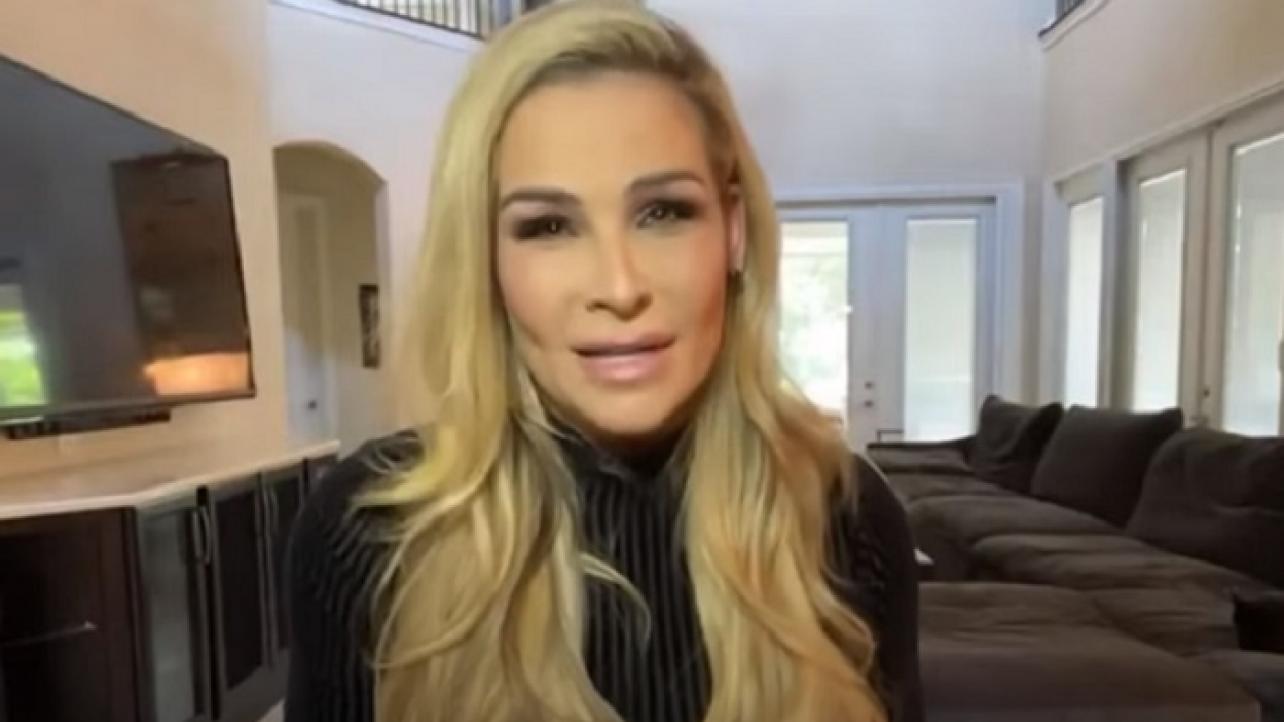 Women’s wrestling legend Natalya recently appeared as a guest on the Out Of Character podcast for an in-depth interview with WWE on FOX analyst Ryan Satin covering all things pro wrestling.

During her appearance on the popular pro wrestling program, the WWE Superstar spoke about her husband, former WWE performer Tyson Kidd (TJ Wilson) being among the most valuable assets that the company has in terms of behind-the-scenes figures, and how he played a significant role in some of the biggest moments from this year’s WrestleMania 37 two-night extravaganza.

Featured below are some of the highlights of the new Natalya interview from the Out Of Character with Ryan Satin podcast.

On TJ Wilson being a key ingredient behind-the-scenes in the success of the women’s division in WWE in particular: “TJ is one of the most valuable assets in WWE, and I can say that with complete conviction. What’s so crazy is that everything leading up in TJ’s life, up until his forced retirement, it was all for what he’s doing right now in WWE. Because he’s never made more of an impact than he has at this very moment in the company. There’s nothing in his career that has been as special as producing every single Woman’s match at WrestleMania. They were all produced by TJ. 18 women were produced by TJ, which is a huge percentage of the show. TJ wanted the challenge. He took on the challenge.”

On him helping with some of the biggest moments from WrestleMania 37 and how he doesn’t like to publicly acknowledge his own contributions: “TJ doesn’t talk about it. He hasn’t tweeted about it, he doesn’t want to talk about it, because TJ doesn’t want to brag or boast, but I’m gonna be the one to brag for him! He took on all those matches and he’s become such a huge resource for the women of WWE. He spent 20-30 plus hours training and practicing and preparing with any woman in the company, and men as well, but women that wanted to pick his brain to tap into the knowledge. What we saw at WrestleMania this year was unbelievable. The most women’s matches in WrestleMania history. A historical main event with Bianca Belair and Sasha Banks. And, of course, one of my favorite matches of my entire career with myself and Tamina Snuka vs. Nia Jax and Shayna Baszler. And that was all such a big part, partly from TJ. He just made so much happen. He had a vision for everyone. A lot of people behind the scenes don’t get credit, but on TJ’s days off, he trains people to be better at what they do in the ring and he’s not asking for money, he’s not getting a thank you for it, he’s not asking for public posts, he’s just doing it cause he loves the business.”

Watch the complete Natalya interview with Ryan Satin from the Out Of Character podcast via the video embedded below courtesy of the official WWE On FOX YouTube channel. H/T to WrestlingInc.com for transcribing the above quotes.