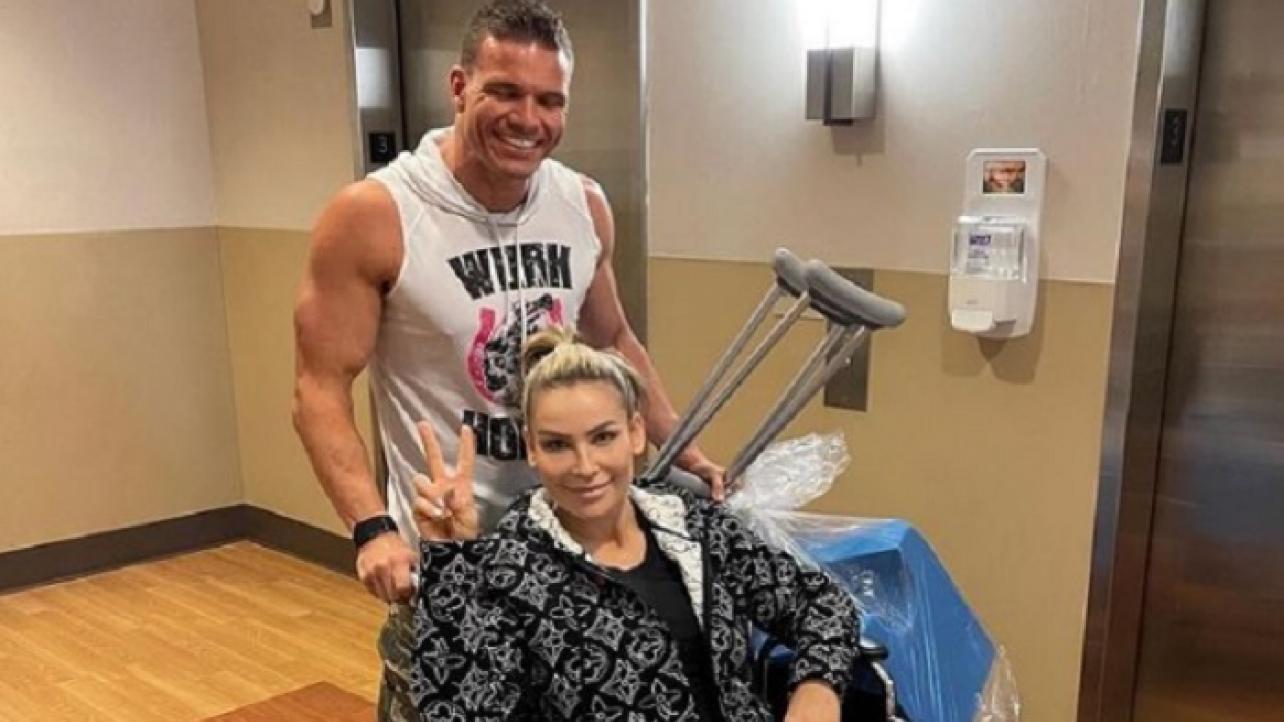 Natalya recently appeared as a guest on the Ringer Wrestling Show for an in-depth interview covering all things pro wrestling.

During her appearance on the program, the longtime women’s wrestling veteran provided an update on her injury status and spoke about being devastated that she is missing WWE SummerSlam this year as a result of it.

Whether she feels like her work goes unnoticed: “I just feel like all of us, especially in the last year-and-a-half working through this pandemic, but we’ve all — nobody really understands what we do unless you do it. This career that I have, I love it, I’m extremely passionate about it but it’s really hard and only a handful of people in the world can do it, especially before the pandemic, we were trying 300 days a year. We were working all over the globe and we don’t have — we go year around so it’s like — you have to be — I’ve had one injury in WWE in the last 13 years which is like impeccable and that was just this recent situation that happened so I’ve been super lucky and super grateful that I haven’t had anything else happen to me but it also comes down to skill. It’s because I train with my family in The Dungeon, it’s because I learned from my uncles, it’s because I had incredible coaches. I’ve had incredible mentors in WWE that have helped me be who I am and I do feel like we all need a little bit more appreciation sometimes. I think that’s something really greatly lacking in the industry is sometimes it’s okay to say, ‘Hey, this person is doing a really good job.’ I think we all get to be too cynical sometimes where we’re like, ‘This person could be better’ or, ‘Why didn’t you do it this way?’ Or I think — I feel, yeah, sometimes I do wanna feel more appreciated but I feel like that’s kind of an overall statement for so many of us.”

Says she’s devastated that she’s missing SummerSlam due to injury: “I was devastated about not being able to participate in SummerSlam because SummerSlam for me is like my favorite — it’s the most pivotal pay-per-view for the Hart family if you really think about it. Like Bret Hart versus The British Bulldog, SummerSlam 1992. You think about — Bret had an incredible match with Mr. Perfect, I can’t remember what year that was, 1991? And then I had a really pivotal match in my career at SummerSlam against Becky Lynch in 2019 and we opened the show and it was just incredible. I won my first Women’s Championship at SummerSlam in 2017 at the Barclays Center so it’s a very pivotal event for me and obviously my family. But, now that we’re finally champions, Tamina and I, it’s been a journey for us to win those championships and I was so crushed after the injury because I was like I knew we wouldn’t be able to be in SummerSlam and of course now, we have fans. It’s gonna be a huge show and it’s a big deal. It’s a big deal for me, especially knowing how important it is to be a champion in WWE but at the same time, I just count my blessings and go, ‘I’m so grateful that I didn’t blow out my Achilles. I’m so grateful that I didn’t blow out my ACL.’ You look at somebody like Conor McGregor, all he did was step back on his foot and his leg was snapped, and that’s a long recovery for — that’s a long recovery so I am bummed out that I’m not in SummerSlam but also just so, so grateful that it wasn’t worse because it can always be worse.”

Check out the complete interview at TheRinger.com. H/T to POST Wrestling for transcribing the above quotes.