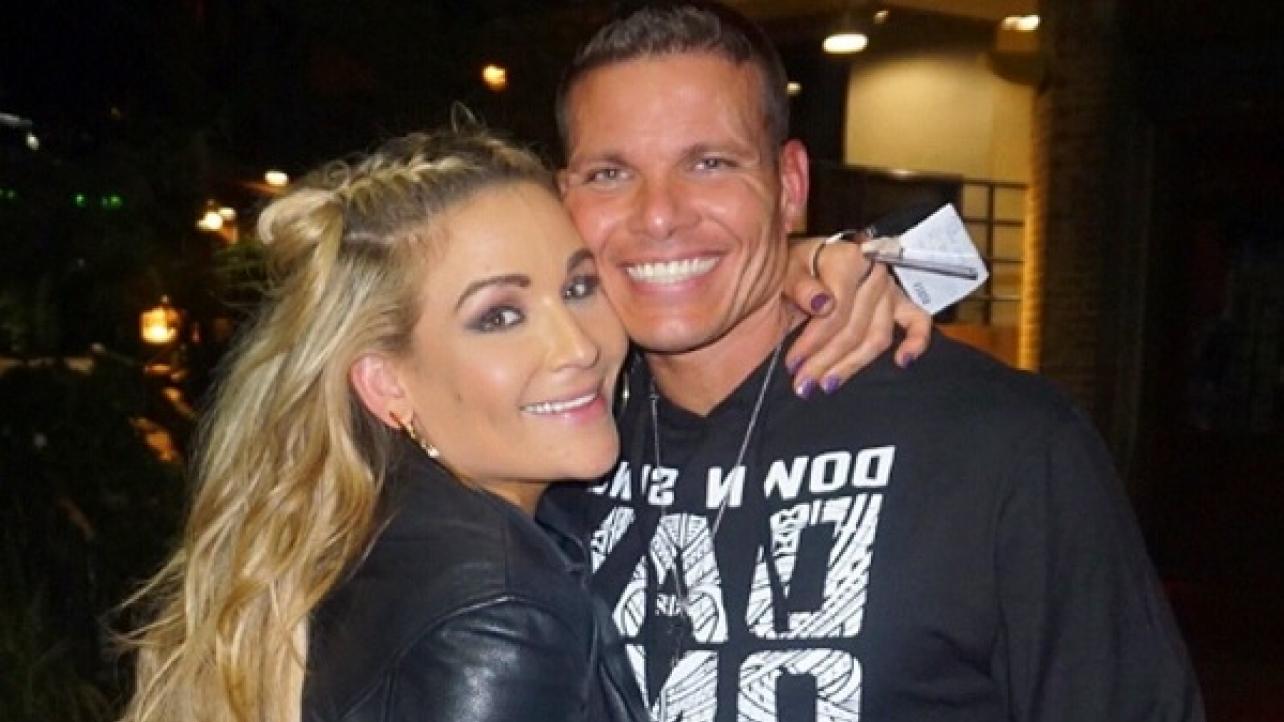 Natalya & Tyson Kidd Talk About Their Wedding & Their Non-Traditional Relationship

During the interview, Nattie spoke about her first impressions of Kidd.

“For me, it wasn’t love at first sight,” said Nattie. “It wasn’t until I started learning how to wrestle that there was this connection with T.J. that changed everything. He always would catch me, he’d always put himself on the line to make sure that I was safe, and when you’re in the ring and you’re learning how to wrestle, it’s all about trust with your partner.”

Because of the fact that they have known each other for so long and have had their lives and their relationship revolving around the pro wrestling business, Nattie claims that they have a very “non-traditional” and “unorthodox” relationship.

“He never proposed,” said Natalya. “I don’t think we ever had a day off to have a wedding. Working at WWE was like, we land on Wednesday, we go to the gym on Thursday, we fly out on Friday. So it was like, do we have the wedding in Vegas at the little white chapel?” Kidd added, “I think we were together so long, we were basically married.”

Nattie also claimed that the reason why they had an official wedding ceremony and got married was because of the Total Divas reality show.

“[Total Divas] just took charge and they planned a wedding for us in five weeks,” said Natalya.

Both Natalya and Tyson Kidd took to social media to comment on the article in Yahoo! Lifestyle, as well as their relationship. Check out their comments below.

Gracing the cover of #YAHOO today… check out this fun interview @TJWilson and I had the pleasure of doing … all about how we met and how much TJ has put up with the entire Hart family to make this relationship work! #16years!https://t.co/AX2suftTok pic.twitter.com/O555nuZy1o

Nat, if you keep posting pics of me wearing this shirt people are really going to think it’s all I wear
Fun interview with Yahoo, always great to reminisce https://t.co/nHQzj1M1aB

Natalya & Tyson Kidd Talk About Their Wedding & Their Non-Traditional Relationship