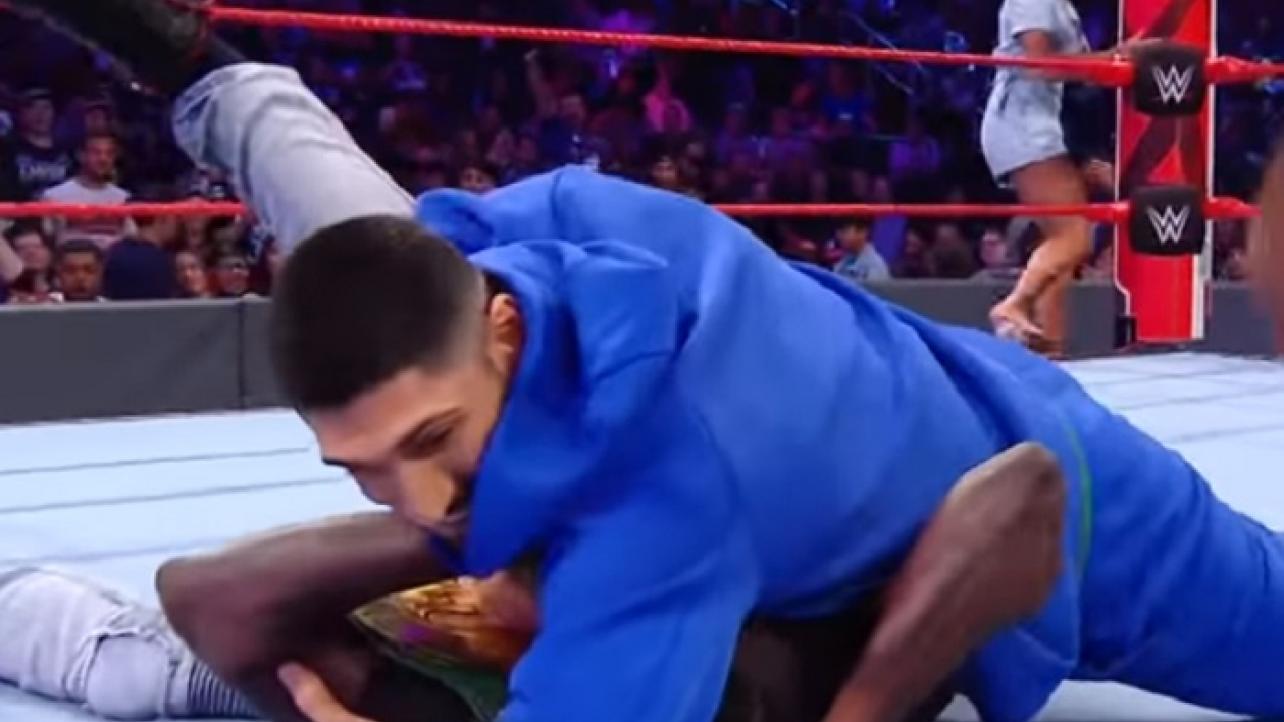 Kanter – a former Knick – was booed as expected.

24/7 Champion R-Truth came out and the two hugged it out before Truth took the mic and said that Kanter is his friend, his amigo, his compadre.

Truth then said Enes used to light this very arena up and and that we should think about the memories.

Before Truth could get any further, Kanter attacked him by shoving him to the ground and rolled Truth up to become the new 24/7 champ. Kanter then unzipped his hoodie to reveal a Boston Celtics jersey, drawing massive boos.

As Kanter was celebrating, Truth rolled him up to regain the title as other wrestlers came down to try and capitalize, but Truth ran out with all of them in pursuit.

WWE released a video of all this which you can see below: