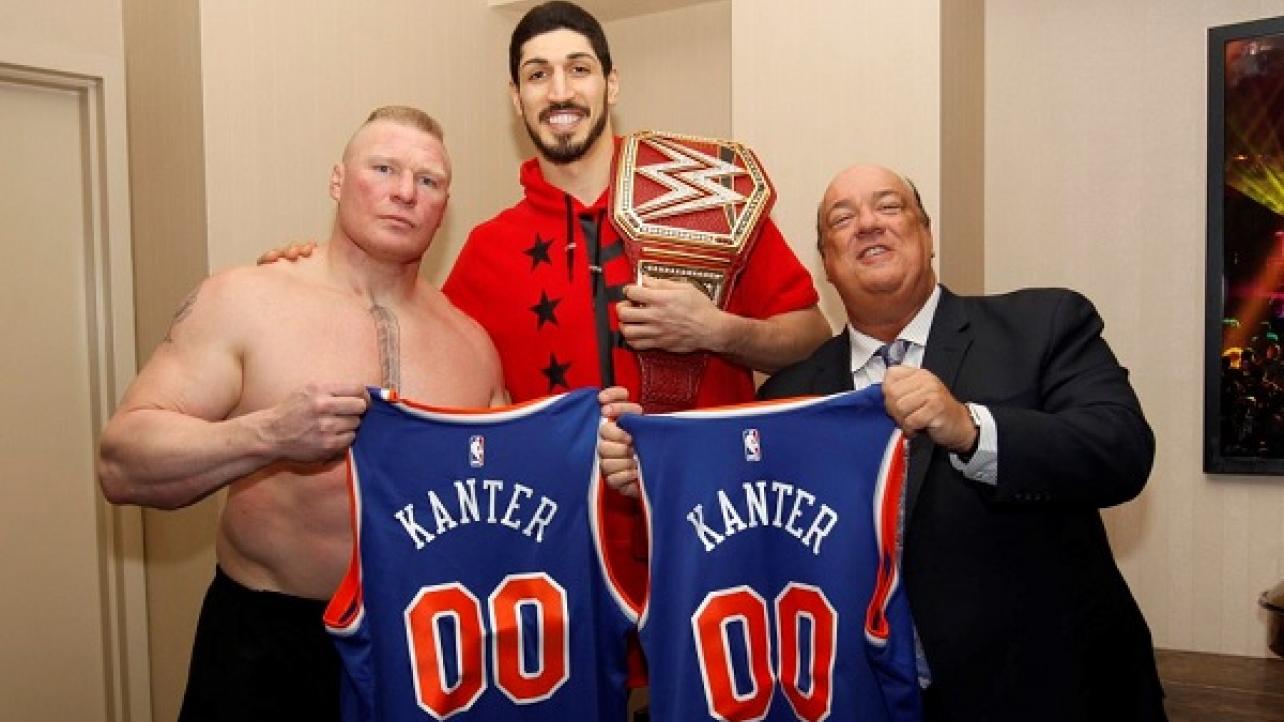 NBA star Enes Kanter recently spoke with the folks from “Hoops Rumors” for an interview about his interest in starting a pro wrestling career when his basketball career comes to an end. Featured below are some of the highlights.

On how serious he is about starting a pro wrestling career when his NBA career comes to an end: “I’m very serious about [a pro wrestling career]. I feel like it’s my world. You just got to go out there, talk trash, troll people. Lifting, I love lifting. It’s just fun, man. I don’t want to stop my sports career when I’m done with basketball. A lot of people go into broadcasting, coaching, but I want to continue opening the door in sports. That’s why I’m very serious about it.

On claiming he is in contact to take the steps necessary to join WWE: “I’m already in contact with Paul Heyman and some of the wrestlers. I’m actually trying to meet with Vince McMahon.”

On liking wrestling before basketball: “I’ll just say it was my hobby in college because I didn’t get to play [basketball] in college. And so I said I’ll just do it after my basketball career. I’m very serious about it.”

Check out the complete Enes Kanter interview at HoopsRumors.com.