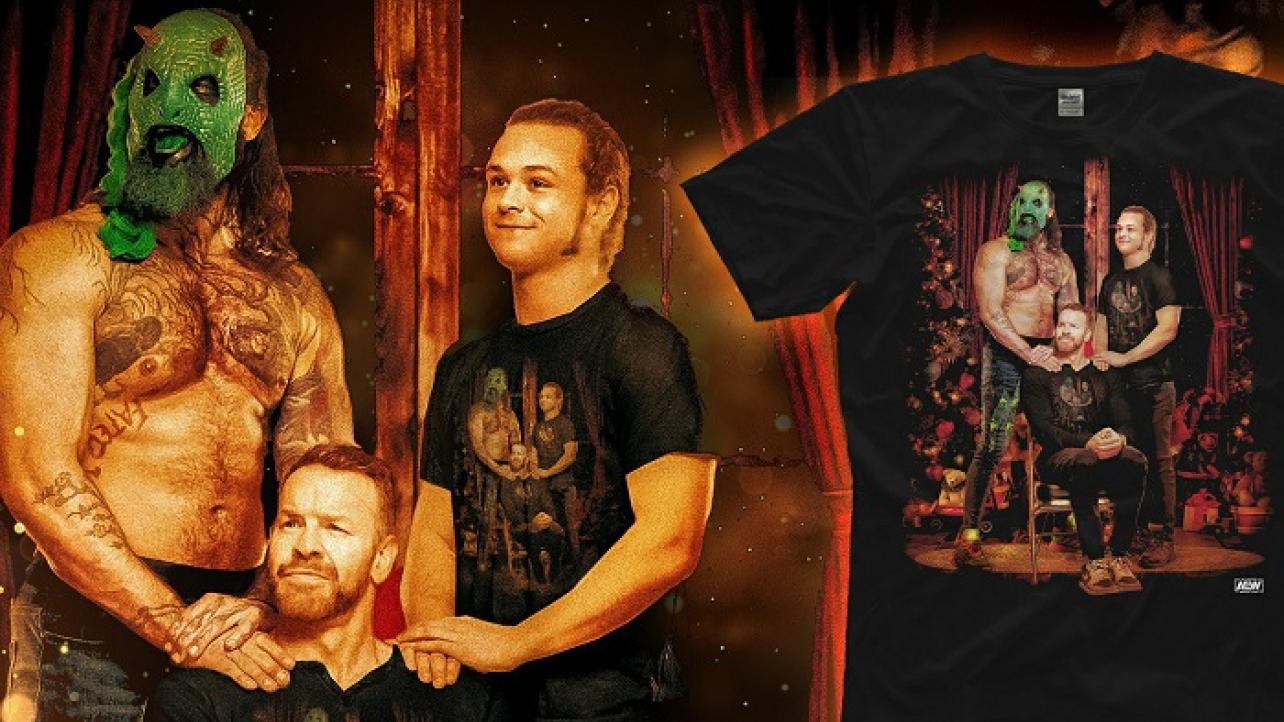 – As seen during the AEW Dynamite: Holiday Bash 2021 special event on Wednesday night, “The 3 Wisemen” trio of Jurassic Express (Jungle Boy & Luchasaurus) and Christian Cage promoted being featured together on a special new limited-time only holiday t-shirt. After the show wrapped up on Wednesday night, the official AEW Twitter feed shot out this tweet to promote the t-shirt being available now in their Shop AEW website. Check out “The 3 Wisemen” t-shirt via the photo embedded in the tweet seen below. To buy yours today, visit ShopAEW.com.

– Also new at Shop AEW is CM Punk merchandise items. AEW posted a tweet on Wednesday informing fans that they have one week remaining to pre-order the new CM Punk merchandise at their official Shop AEW website. Check out the new items featuring “The Best in the World” via the tweet embedded below, or by visiting ShopAEW.com.

– Matt Hardy surfaced on social media on Wednesday night. “Big Money Matt” took to his official Twitter page to thank the fans who attended the AEW Dynamite: Holiday Bash 2021 special event at the Greensboro Coliseum in Greensboro, North Carolina on Wednesday evening. The pro wrestling legend tweeted out a quick thank-you message to the Greensboro fans for showing him love. Check out his comments via the tweet embedded below courtesy of the official Twitter feed of Matt Hardy.

THANKS FOR THE LOVE, GREENSBORO! #AEWDynamite #AEWRampage https://t.co/QgZZZYNwK2

Greensboro got a lot of #TheChairman tonight…

You lucky sum bitches you!

Thanks for all the love! #AEWDynamite #AEW @AEW pic.twitter.com/Zl3EEJhpNs