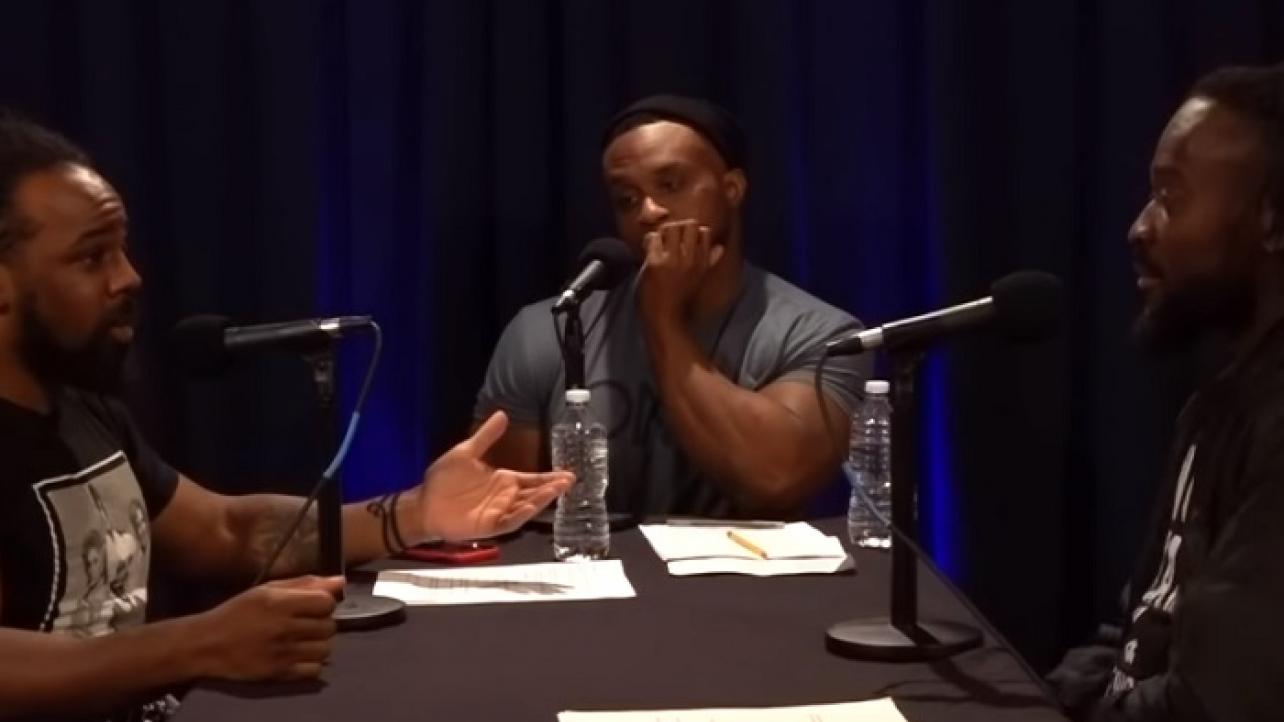 The New Day: Feel The Power Podcast (Ep. 1): ‘You Guys Are Gonna Be Preachers’ (VIDEOS)

The New Day: Feel The Power official WWE podcast launched on Monday, December 2, 2019 with their debut episode titled, “You Guys Are Gonna Be Preachers,” and you can watch video clips from the show right here at eWrestling.com!

Join Kofi Kingston, Big E. and Xavier Woods for their debut episode wherever you listen to podcasts, or by clicking here for the link that WWE is promoting on their official channels.

With the inaugural show premiering on Monday, WWE released a video preview of the episode titled, “The New Day was almost a new Nation of Domination.”

The official description for the preview clip, which you can watch below, reads: “Before there were trombones and cereal, Xavier Woods envisioned The New Day as a modern update of a militant-themed faction from the Attitude Era.”

In addition to the preview clip released on the official WWE YouTube channel embedded directly above, featured below are some tweets related to the release of the debut episode of The New Day: Feel The Power podcast from official WWE Twitter accounts such as Stephanie McMahon, Corey Graves and members of The New Day group itself.

You can FEEL THE POWER in the first episode of #TheNewDay‘s podcast available NOW!

Today is the day! Please go subscribe and rate it wherever you get your podcasts! Hope you like it!

We are low key very nervous about it #NewDayPod pic.twitter.com/uGtOwvLkiv

First episode is live. And most people don’t seem to hate it. Which is nice. Subscribe to #NewDayPod https://t.co/Z2Zko2qviQ

It’s a new podcast, YES IT IS! Episode 1 of #TheNewDay’s podcast, “The New Day: Feel The Power” is officially out now! Listen to @XavierWoodsPhD, @WWEBigE & @TrueKofi wherever you get your podcasts.

WATCH: The New Day ‘Feel The Power’ (Ep. 1): “You Guys Are Gonna Be Preachers” (#VIDEOS)#WWE stars #NewDay make their #podcasting debut with inaugural episode of their “#FTP” #NewDayPod! (#VIDEO OUT NOW!)

The New Day: Feel The Power Podcast (Ep. 1): ‘You Guys Are Gonna Be Preachers’ (VIDEOS)