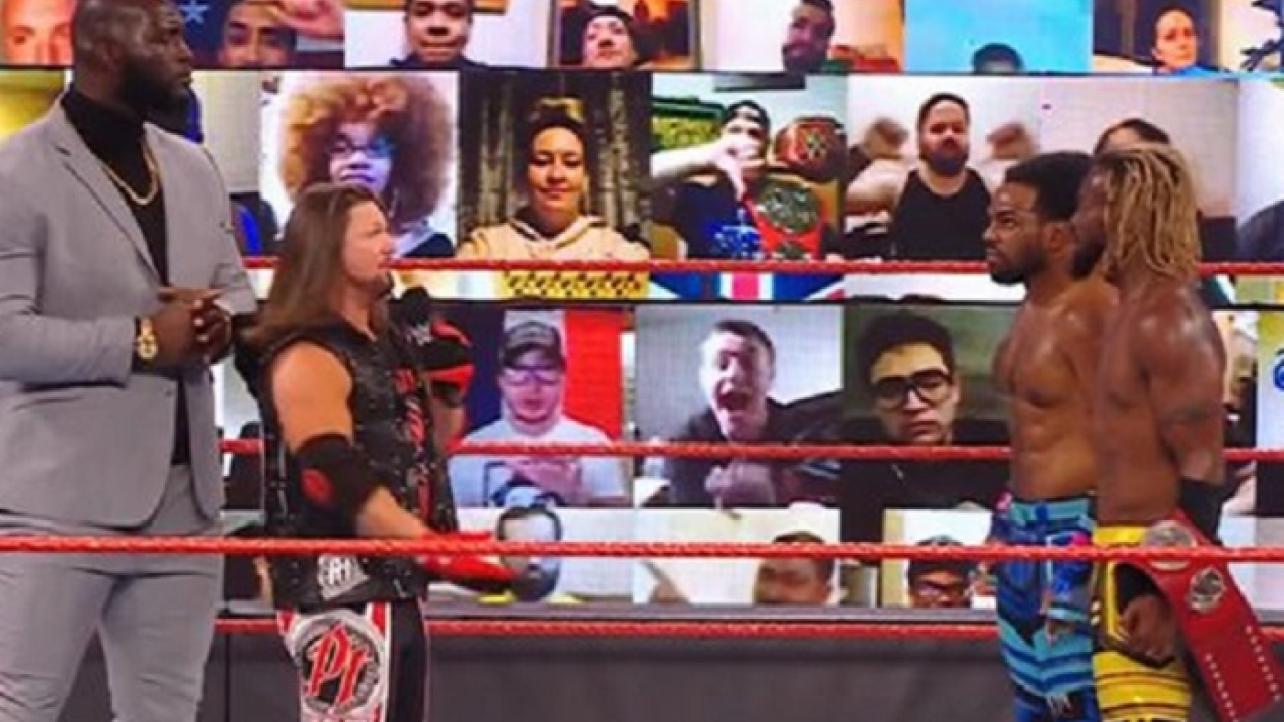 WWE Monday Night Raw was a jam-packed show this week in terms of a newsworthy standpoint.

In addition to a trio of new matches being announced for this Sunday night’s WWE Fastlane 2021 pay-per-view (Randy Orton vs. Alexa Bliss, Shane McMahon vs. Braun Strowman and Drew McIntyre vs. Sheamus), new champions were crowned and a title match was officially announced for this year’s two-night WrestleMania 37 extravaganza in April.

The New Day — Kofi Kingston and Xavier Woods — defeated Shelton Benjamin and Cedric Alexander of The Hurt Business to capture the Raw Tag-Team Championships in a title match that took place on the WWE Fastlane 2021 “go-home” episode of Monday Night Raw.

Later in the show, it was announced that Omos will be making his highly-anticipated in-ring debut for WWE alongside “The Phenomenal” AJ Styles, as the two will challenge Kingston and Woods for the Raw Tag-Team Championships at WrestleMania 37.