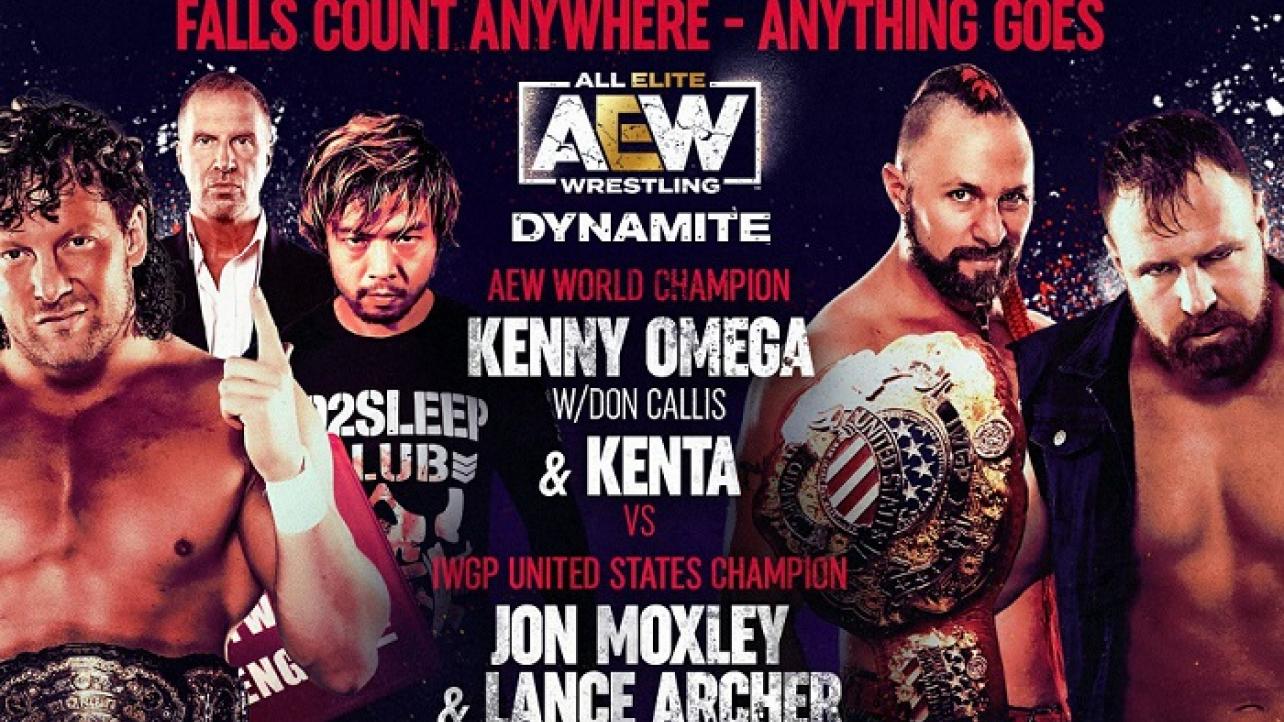 Not only did Jon Moxley carry his NJPW IWGP United States Championship to the ring for his main event Falls Count Anywhere, Anything Goes tag-team match alongside “The Murderhawk Monster” Lance Archer against AEW World Heavyweight Champion Kenny Omega and NJPW star and Bullet Club member KENTA, but the match itself ended up airing on both an AEW and NJPW platform this week.

That’s right, NJPW announced via social media on Friday that the main event from the Wednesday, February 10, 2021 episode of AEW Dynamite on TNT — the aforementioned Falls Count Anywhere, Anything Goes Tag-Team featured match — has been made available for subscribers of their NJPW World digital subscription streaming service.

The statement concluded, “KENTA and Kenny Omega team up against Lance Archer and Jon Moxley!”

Check out the official announcement regarding this week’s AEW Dynamite on TNT main event being added to the NJPW World service via the tweet embedded below courtesy of NJPW’s feed.

KENTA and Kenny Omega team up against Lance Archer and Jon Moxley!