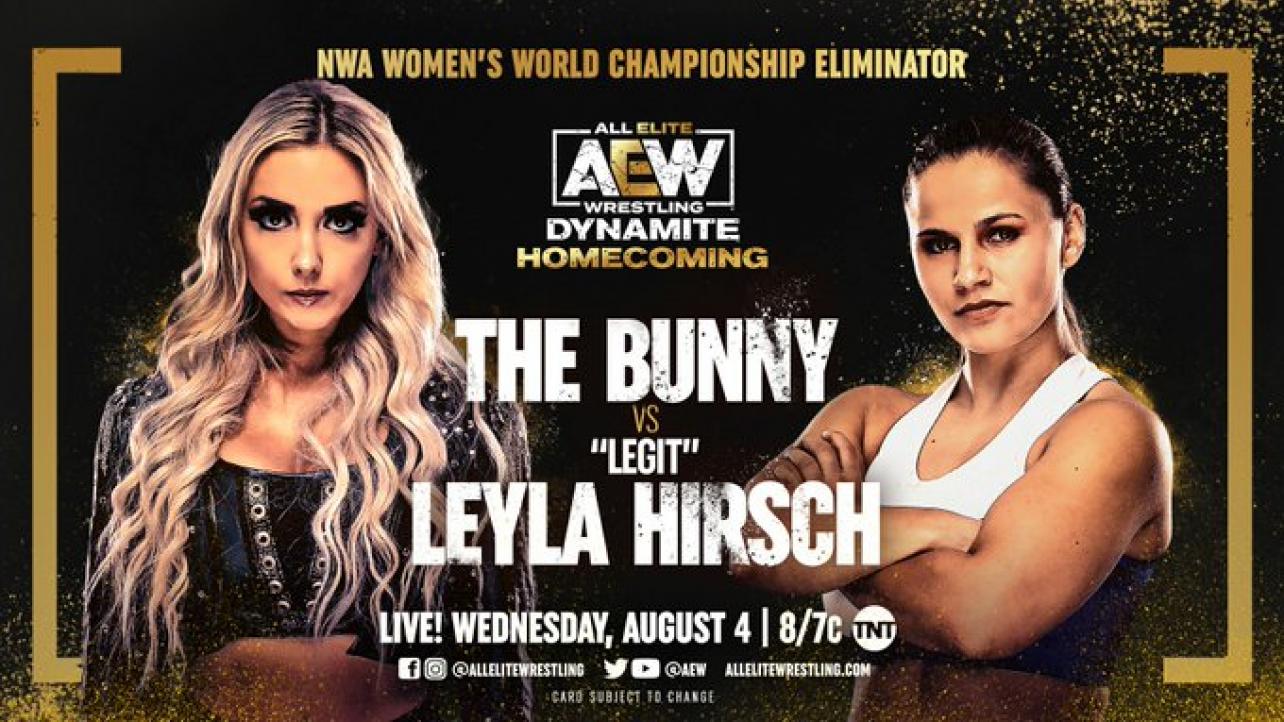 An NWA Women’s World Championship match is at stake for two women’s division competitors in All Elite Wrestling next week.

AEW announced that The Bunny will be going one-on-one against Leyla Hirsch at AEW Dynamite: Homecoming in Jacksonville, FL. this coming Wednesday night, and the winner will move on to challenge for the NWA Women’s World Championship.

Mickie James chimed in on the announcement with the following response via Twitter on Sunday:

Well well well…
Back to business folks!
2 incredible competitors.
1 Championship Opportunity of a lifetime.
Who wants a shot at “The Burke”
Who really wants to face Kamille?
Who wants to make #HERstory at #EMPowerrr
I can’t wait!
vs #NWAWomensChampion@AEW @nwa https://t.co/k3eoGwciOI