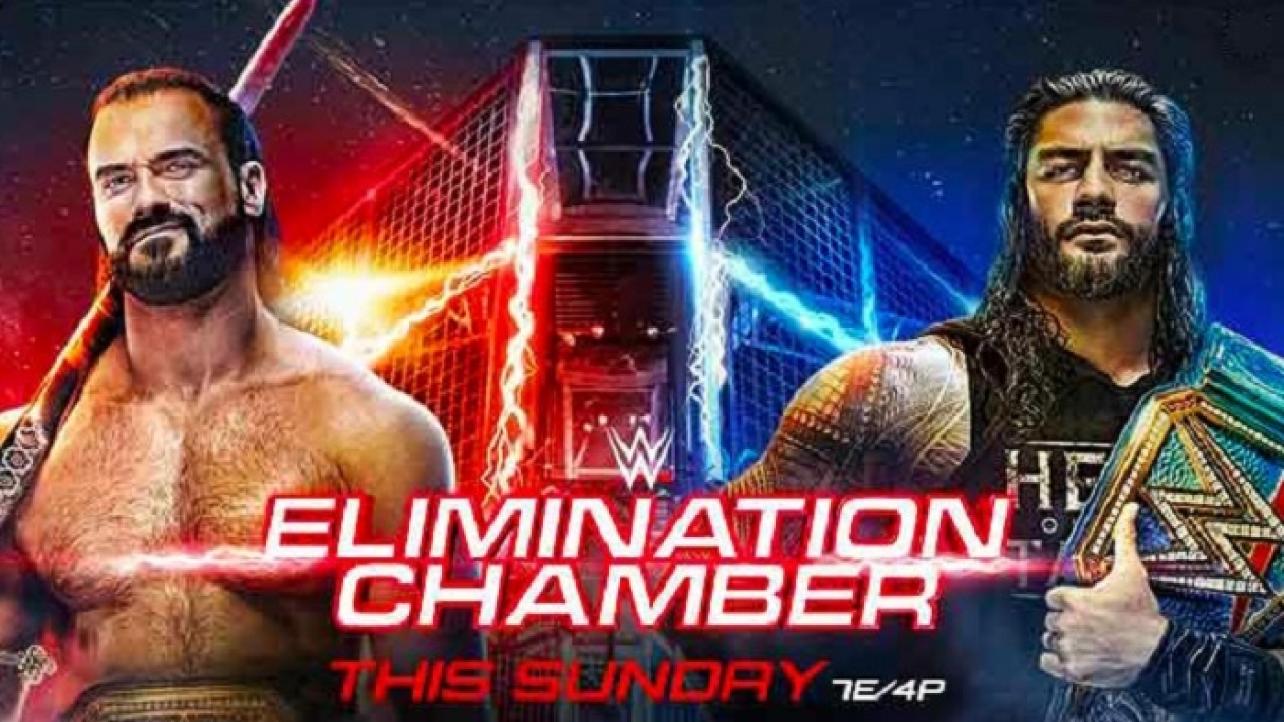 The 2021 WWE Elimination Chamber PPV is set to take place this Sunday, February 21st from inside the WWE ThunderDome at Tropicana Field in St. Petersburg, Florida.