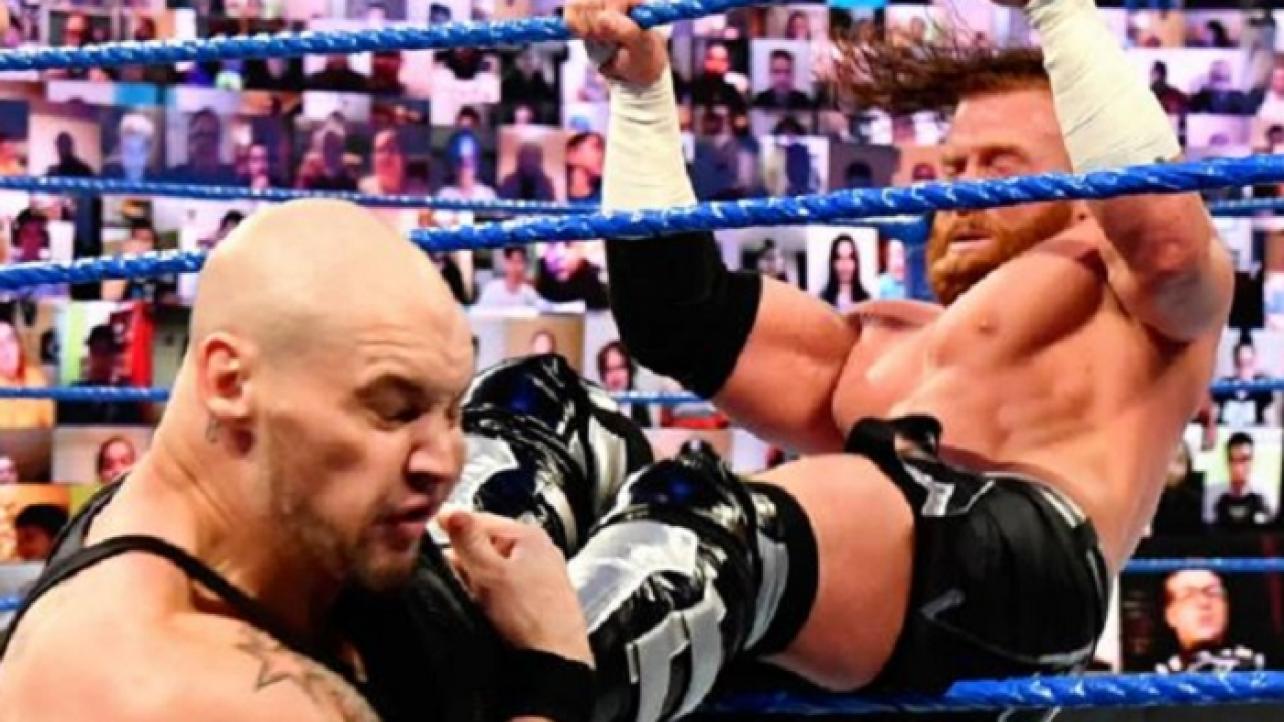 The card for next week’s edition of WWE Friday Night SmackDown on FOX just got a little bit more stacked.

The Friday, December 4, 2020 episode of WWE SmackDown is scheduled to feature a one-on-one showdown pitting King Corbin against Murphy.

The match was announced via television commercials that aired during football games broadcast on FOX on Sunday afternoon.

The advertisement also promoted that Kevin Owens would be continuing his emerging rivalry with WWE Universal Champion Roman Reigns.

As noted, “The Tribal Chief” took to social media after this past Friday night’s blue brand on FOX show to let Owens know that he got his attention.

Make sure to join us here on 12/4 for live WWE Friday Night SmackDown results coverage from Orlando, Florida.