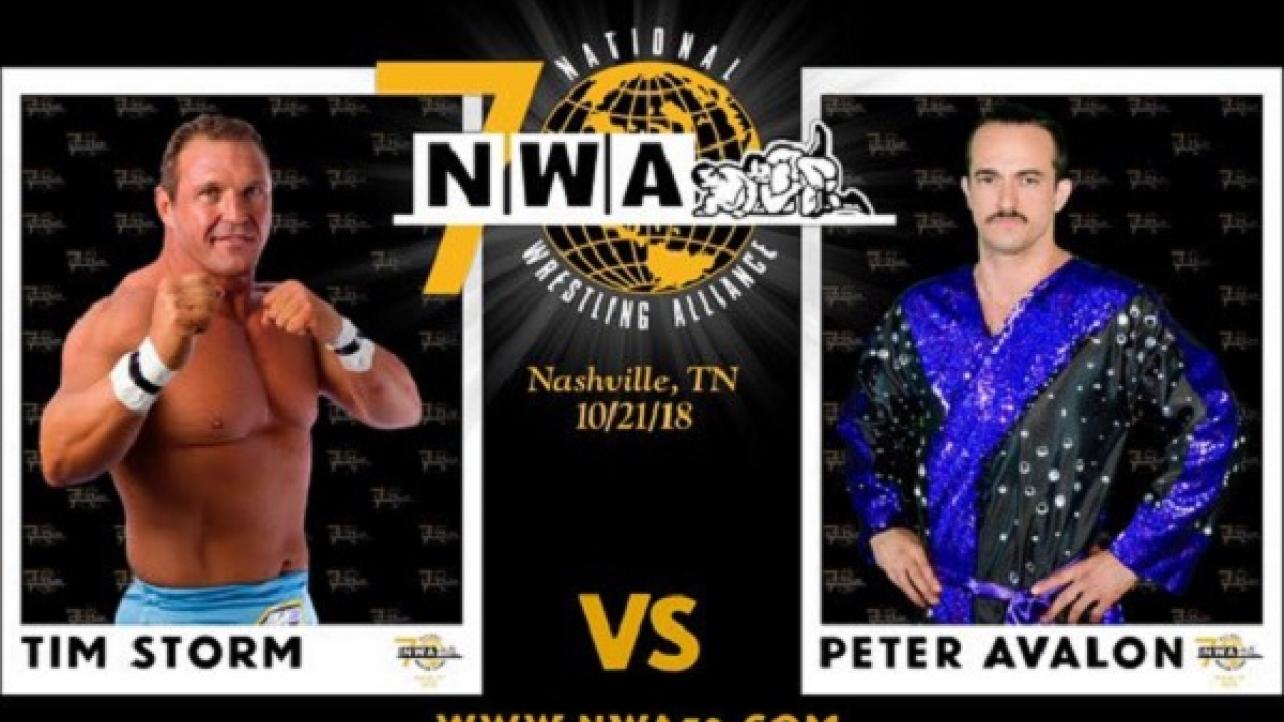 The NWA announced Tim Storm vs. Peter Avalon for their big event at the Nashville Fairgrounds in Nashville, Tennessee on October 21st. The show will air live on pay-per-view via the FITE TV digital subscription service.

Additionally, it was announced that WWE Hall Of Famer Road Warrior Animal will be leading the team of Crimson and Jax Dane to the squared circle for their “Open Challenge Match.”

Tickets for the NWA 70th Anniversary are on sale now at GlobalForceWrestling.com.

In related news, NWA posted a tweet on their official Twitter page on Thursday morning (see below), where they address the rumors that they are bringing back the NWA World Tag-Team Championships in 2019. According to the promotion, they will not be bringing back the titles.

Avalon has beaten Storm two-times in a row.

Is this the end for Storm?

Who will answer this challenge on 10/21?

PLUS… Just added to #NWA70 Meet and Greets.