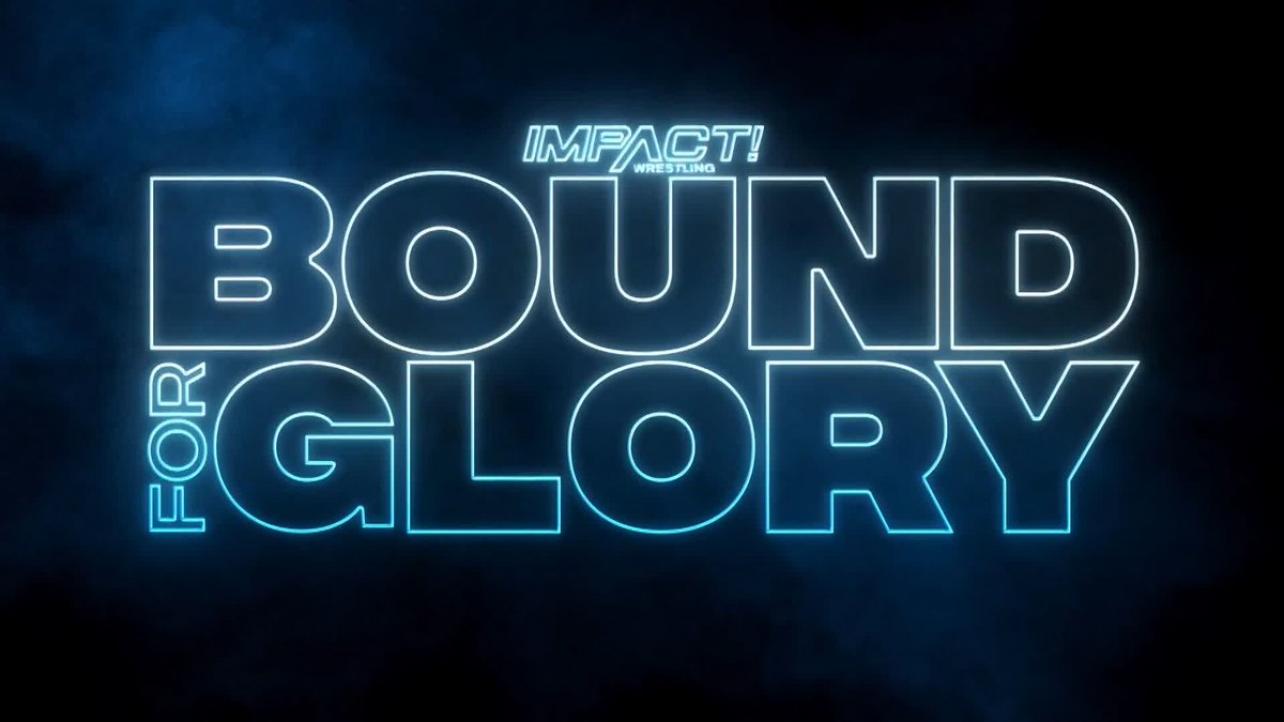 New Matches Announced For IMPACT Bound For Glory On Oct. 23

You can officially pencil in some new matches for this year’s Bound For Glory pay-per-view.

During Thursday night’s edition of IMPACT On AXS TV, some new matches and additions to previously announced matches were announced for the company’s biggest show of the year.

Steve Maclin won a triple-threat match to advance to the vacant X-Division Championship bout at Bound For Glory, while Moose, W. Morrissey and Eddie Edwards were confirmed for the 20-man Call Your Shot Gauntlet match.

With that now known, featured below is an updated look at the lineup for IMPACT Bound For Glory, which takes place on Saturday, October 23 from Sam’s Town Live in Las Vegas, Nevada.

20-Man Call Your Shot Gauntlet Match
Brian Myers vs. Rich Swann vs. Moose vs. Eddie Edwards vs. W. Morrissey vs. 15 wrestlers TBA
Winner receives a trophy and a contract for a title match of their choosing within one year.

New Matches Announced For IMPACT Bound For Glory On Oct. 23