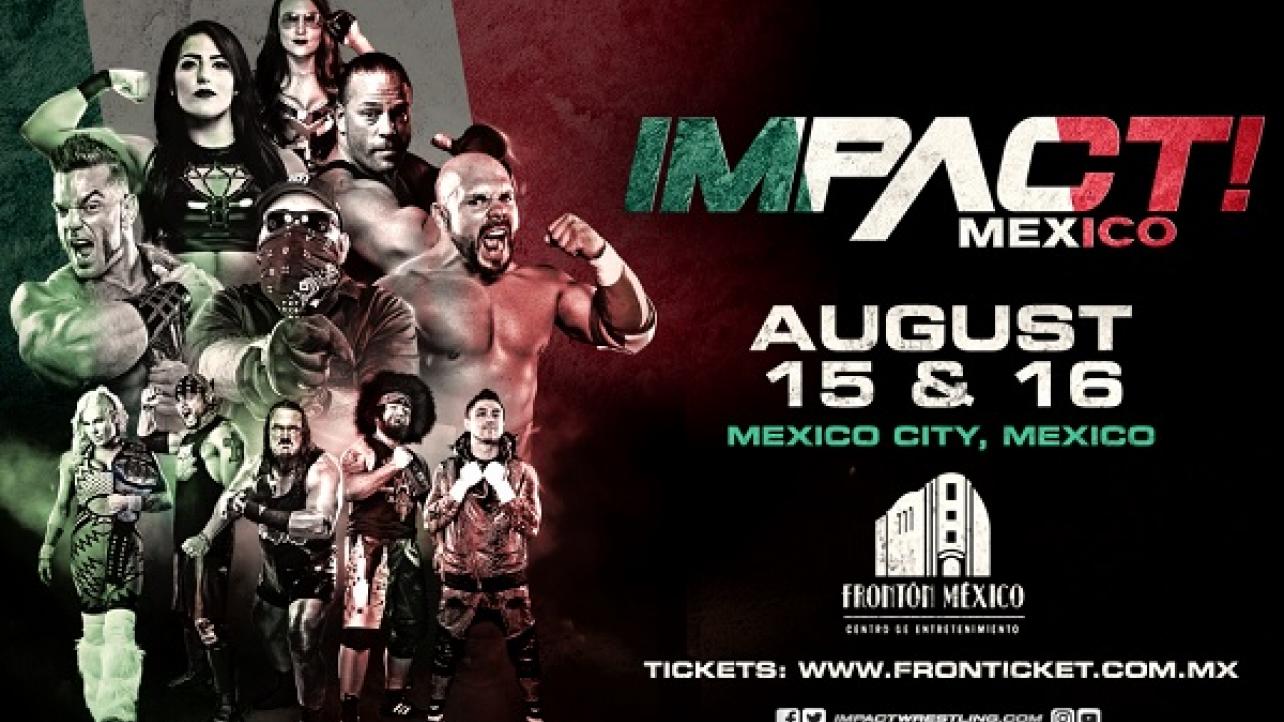 IMPACT Wrestling has announced several new matches for their return to Mexico this week.

As noted, the promotion will be running the historic Frontón México in Mexico City on Thursday, August 15th and Friday, August 16th for a pair of IMPACT Wrestling television tapings.

On Wednesday, the promotion announced new matches for this week’s tapings. Following today’s announcements, featured below is a look at the updated lineups for the two events.

Official for the 8/15 show are the following matches:

Official for the 8/16 show are the following matches:

For ticket information for the pair of IMPACT Wrestling TV tapings in Mexico City this week, visit FrontTicket.com.mx. For updates on the tapings, visit the official website for the promotion at IMPACTWrestling.com.

Make sure to check back here at eWrestling.com this weekend for a complete spoiler recap of the IMPACT Wrestling television tapings in Mexico City!