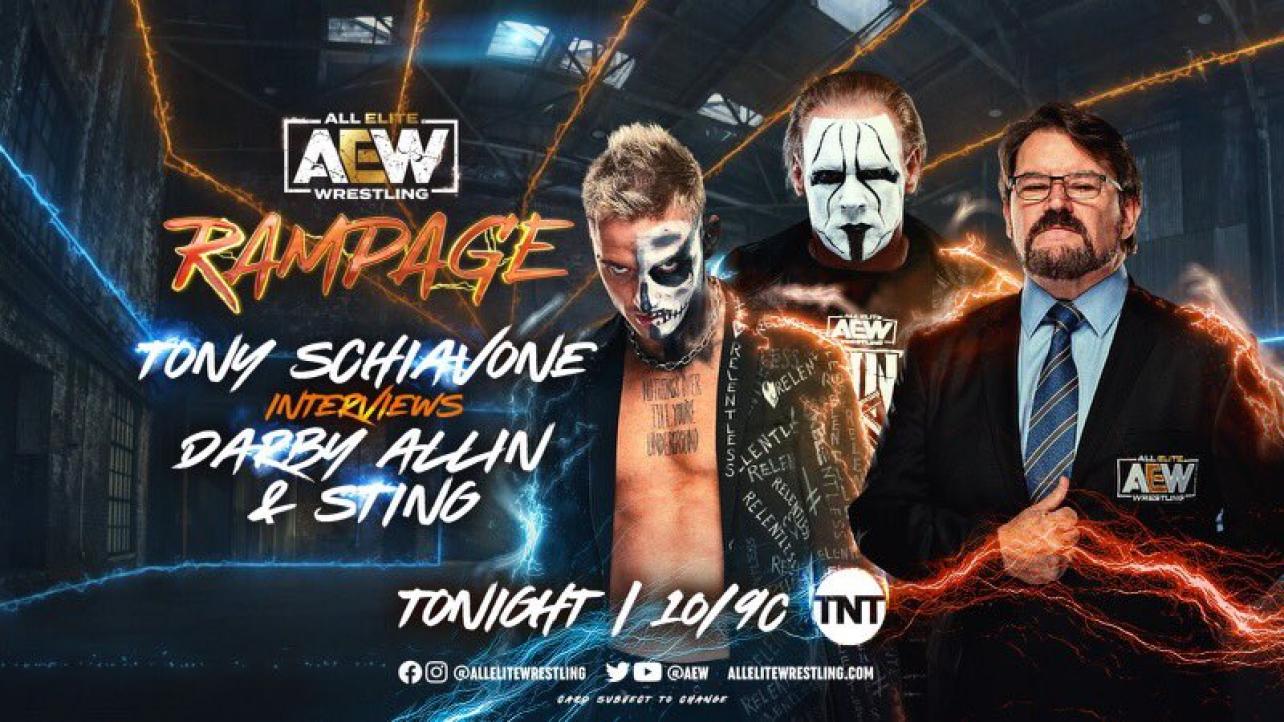 Tony Schiavone will conduct a special interview this evening on AEW Rampage.

Ahead of tonight’s edition of the weekly one-hour Friday night program on TNT, Tony Khan took to social media to announce the addition of an interview segment, with Schiavone talking to “The Icon” Sting.

Check out the announcement below, and make sure to join us here tonight at eWrestling.com for live AEW Rampage results coverage!

TONIGHT on #AEWRampage, @tonyschiavone24 will interview @Sting & @DarbyAllin, asking about the upcoming Holiday Bash December 22 where Stinger will be making his long-awaited return to Greensboro, where Sting had his first World Title match in 1988! IT’S STING on Rampage TONIGHT! pic.twitter.com/MR6FhDVQWi