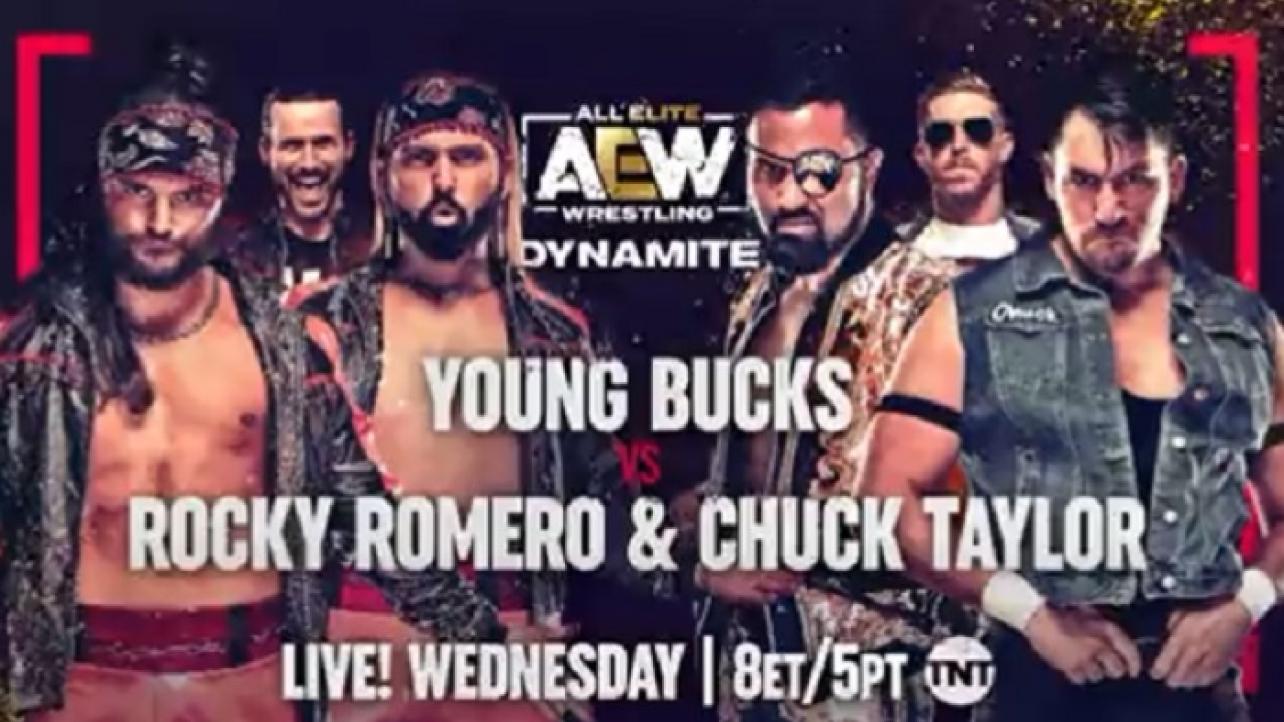 Following this week’s edition of AEW Rampage on Friday night, a new match were announced for next Wednesday night’s installment of AEW Dynamite.

During the weekly one-hour Friday night program on TNT, a tag-team bout pitting The Young Bucks (Nick and Matt Jackson) against the duo of Chuckie T. and Rocky Romero of The Best Friends was made official for the show on 12/6 at the UBS Arena in Long Island, New York.

With that now known, featured below is an updated look at the lineup for the weekly two-hour AEW on TNT program scheduled for next week:

Make sure to join us here at eWrestling.com on Wednesday night for live AEW Dynamite results!