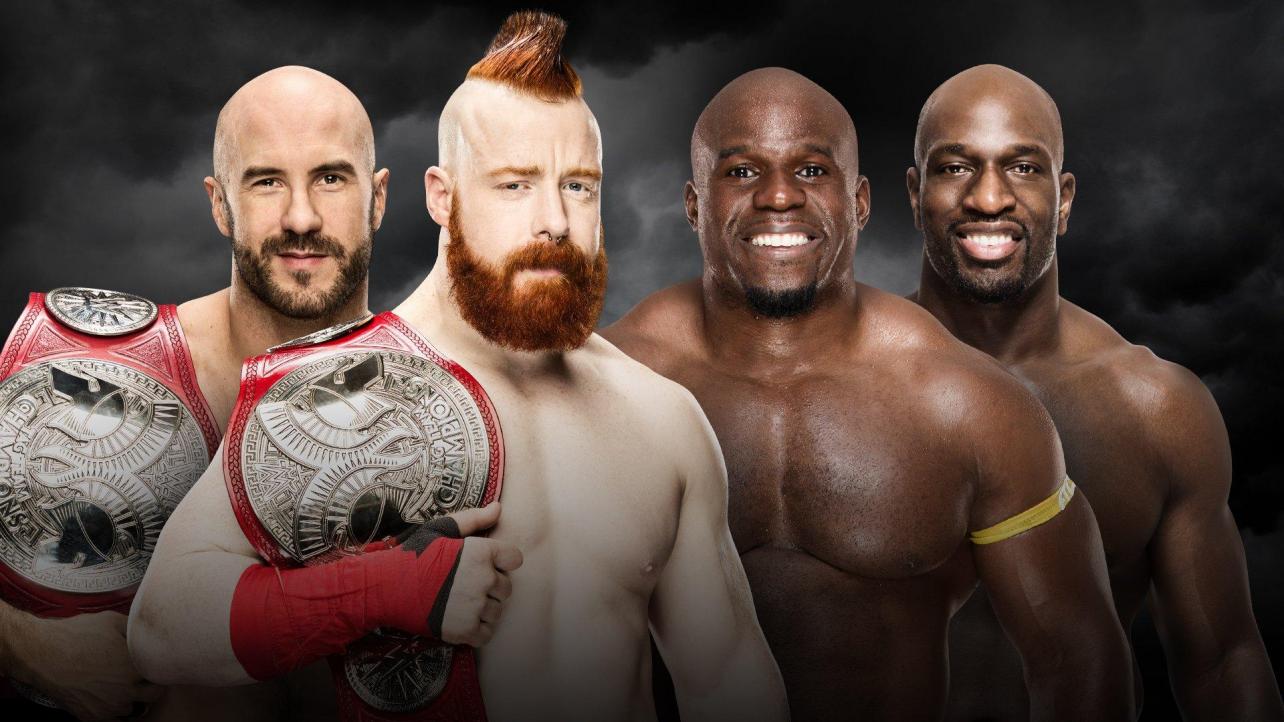 Ahead of this Sunday’s WWE Elimination Chamber 2018 event at the T-Mobile Arena in Las Vegas, Nevada, a new title match was announced for the pay-per-view.

RAW World Tag-Team Champions Cesaro and Sheamus will be defending against the team of Titus Worldwide — Apollo and Titus O’Neil, at this Sunday’s big event.

WWE.com released the following announcement regarding the match on Friday afternoon:

Since solidifying themselves as an elite tandem, Raw Tag Team Champions Cesaro & Sheamus have claimed, “We don’t set the bar; WE ARE THE BAR!” At WWE Elimination Chamber, however, that bar may very well be cleared when the reigning titleholders go to war against Titus Worldwide.

Titus Worldwide may be loud, but no one can say that Apollo & Titus O’Neil haven’t delivered against Cesaro & Sheamus in recent bouts. On Monday Night Raw, the powerful combination overcame the Raw Tag Team Champions, giving them their third victory over Raw’s No. 1 tag team in four attempts. Then, after Titus Worldwide statistician Dana Brooke worked the numbers and determined that her Superstars are the most-deserving of a Raw Tag Team opportunity, Titus and Apollo laid down the challenge to “The Bar!”

WWE.com has since learned that Cesaro & Sheamus have accepted the challenge, and the title bout has been made official for Sunday’s Las Vegas pay-per-view. Though the win/loss record between the two teams might indicate that Titus Worldwide’s victory is a foregone conclusion, such an assumption would be completely premature. Cesaro & Sheamus are quite simply an awesome combination of toughness and skill, and they have not become four-time Raw Tag Team Champions by staying down after a loss.

Don’t miss the explosive showdown for the Raw Tag Team Titles at WWE Elimination Chamber, this Sunday at 8 ET/5 PT on the award-winning WWE Network.

Join us here this Sunday for live play-by-play results coverage of the WWE Elimination Chamber 2018 pay-per-view!