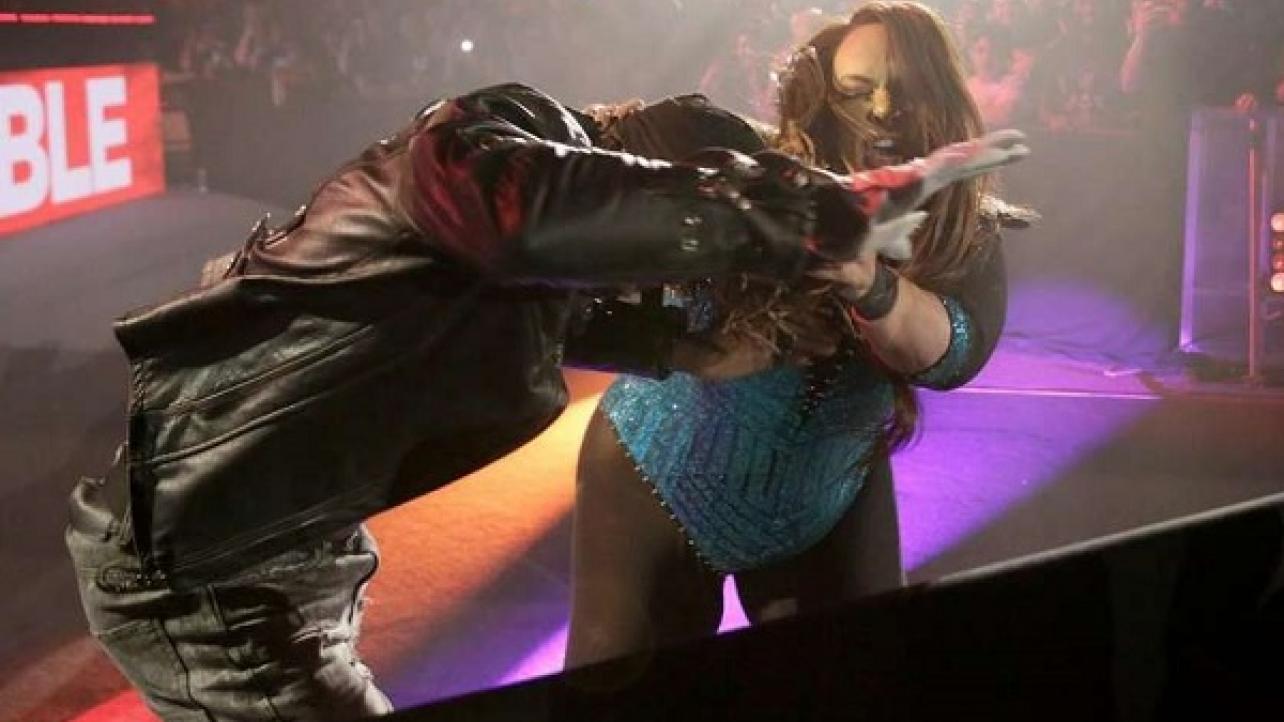 It looks like Nia Jax is choosing to embrace her real-life backstage heat in WWE.

As noted, there were reports coming out of the WWE Royal Rumble 2019 pay-per-view last month about Jax and R-Truth getting into an altercation of some kind following a rough spot in the 30-Man Royal Rumble Match at the show, which took place at Chase Field in Phoenix, Arizona on Sunday, January 27th.

In addition to the reports online about the situation, WWE Hall Of Famer Jerry “The King” Lawler commented about it publicly during a recent installment of his “Dinner With The King” podcast.

“R-Truth was hot, for real hot,” said Lawler during the show. “They were having to hold him back there [backstage after the match]. She made it look good.”

Jax has apparently caught wind of the reports, as she took to social media on Friday to comment on the situation.

“Hahahaha!!!!” wrote Jax in a tweet posted on her official Twitter account on Friday afternoon. “You guys STAY talking about me,” she continued. “Well since it’s super cold outside, give me ALL THE HEAT.”

Hahahaha!!!! You guys STAY talking about me!! Well since it’s super cold outside give me ALL THE HEAT https://t.co/BZQBr3Oxbx