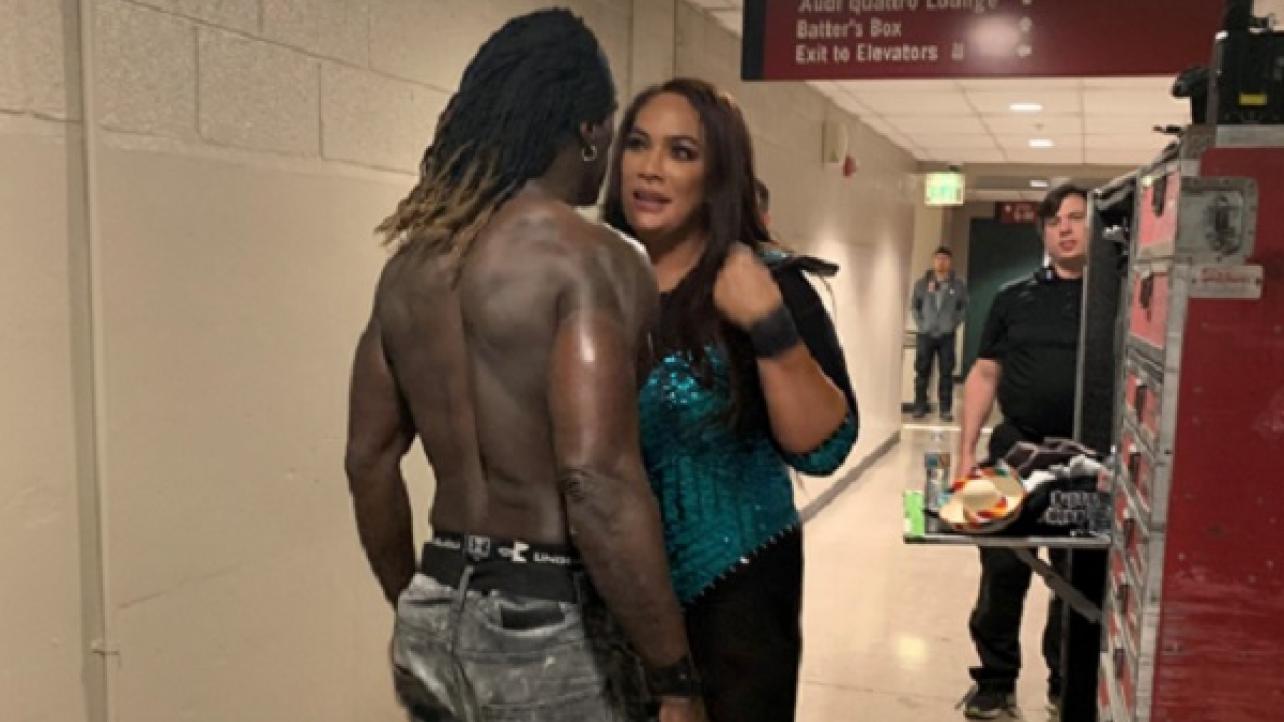 Nia Jax continues to stir the pot regarding the rumored incident she had with R-Truth behind-the-scenes at the WWE Royal Rumble 2019 pay-per-view at Chase Field in Phoenix, Arizona last month.

As noted, R-Truth reportedly had to be held back after their interaction in the 30-man Royal Rumble match.

Jax tweeted the following photos of the two backstage on her official Twitter page on Sunday evening, which appear to show the two smiling and talking as if nothing was wrong.

Check out these interesting behind-the-scenes photos below.