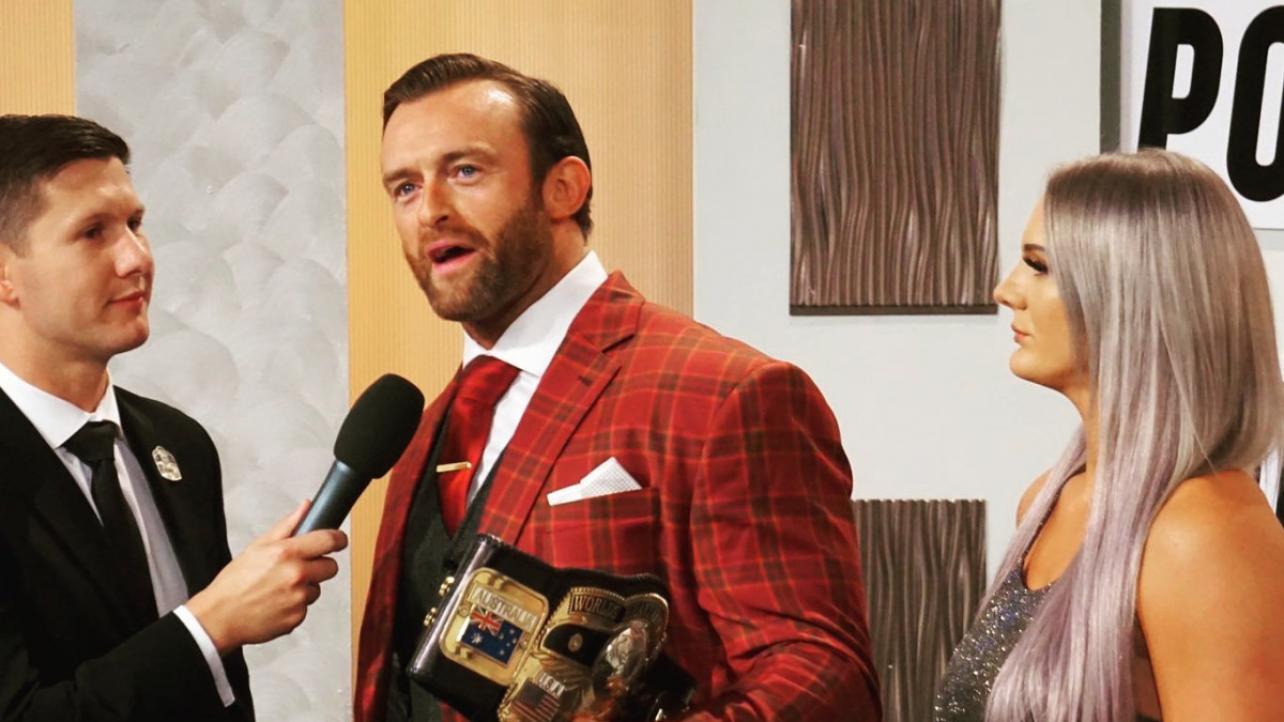 Nick Aldis On Bruce Prichard: “He Went Out Of His Way To Take Food Off My Table”

During his interview with Keepin’ It 100, NWA World Champion Nick Aldis shared the reasons for his heat with Bruce Prichard. Aldis also discussed past contract negotiations with Bruce, back when both were in TNA. Take a look at some of the highlights.

On his heat with Bruce Prichard:

“He said I was ‘playing the part of a wrestler and not really owning it.’ This is the part that is f**ked about that, so they’re talking about something from some Impact show, and it was when I worked with Alberto [El Patron]. I had actually left the company at that point. I just came back in to work with Alberto because I thought that was interesting to me, so I did it. Bruce says, ‘He doesn’t have the IT factor.’ Look, if he had just been talking about Magnus, the f**king Jo-Jo character from TNA when I was in my early-to-mid 20s, he probably would have been right. Conrad [Thompson] then says, ‘Well, what about what he’s been doing with the NWA?’ He’s like, ‘He’s playing the role of a wrestler.’ If that was the TNA stuff, I would have been cool, but when he based it off, a, he hadn’t watched any of it and b, he was just trying to f**king bury me. He went out of his way to take food off my table and f**k up my value in the market, and I don’t take kindly to that.”

On past contract negotiations with Prichard in TNA:

“We had heat in TNA because my contract came up, and he tried to offer me a new deal. Basically, in TNA, anyone who hadn’t worked for WWE, Bruce basically jobbed them out and treated them like a jabroni. I’m starting to get a little bit of a push, and he’s trying to offer me a contract, but he tries to offer me the same money for three years. I was 25 at the time, and I said, ‘You’re trying to tell me, when I’m 28, you think I’m going to be worth the same amount of money I’m worth now? So why the f**k would I be here? Why would I stay if you don’t think I’m going to increase my value in three years?’… And he’s like, ‘Well, it was a good offer.’ So I did what anyone would do, I went straight to Dixie [Carter]. I just went, ‘If you think I’m going to be worth the same amount of money three years from now than I am today, then there’s no point in me being here. I might as well take my chances to go get signed by WWE or go somewhere else.’ She was like, ‘Whoa, wait, what are you talking about?’ Because this was always the problem there, guys would just go rogue and they would just do stuff without running it by her.”

On Prichard’s response to Aldis negotiating with Dixie Carter:

“Everyone can say what they want about Dixie, but so many guys who worked in TNA in a management capacity were so unprofessional because they would do whatever they wanted, and when they got called out for it, they would blame Dixie. But half the time, Dixie wouldn’t even know because they just did it off their own back, which is f**ked,” Aldis explained. “I’m not gonna sit here and say Dixie was a genius, obviously, but I just called her directly because I had already worked for her for three years at that point. “And I said, ‘If you think I’m going to be worth the same amount of money in three years than I am today, then there’s no point in me being here.’ She just went, ‘What are you talking about?’ I said, ‘Bruce just offered me this contract. It’s the same money for three years,’ and she was just like, ‘Wait, whoa, whoa.’ So, in pretty short order, Dixie’s attorney, Guy Blake, took on my contract negotiations, just took it out of Bruce’s hands, and Scott D’Amore did my contract. He was my agent at the time… So Bruce got completely removed from the equation, and Bruce calls me up and is like, ‘Who do you think you are doing this and doing that? You’re just going running to mommy like a little b**ch,’ and I was just like, ‘Are you saying because the president of the company is a woman and that I went over to the president of the company that I’m running to mommy?’ I don’t think that plays very well in 2021. Those were his exact words. This is the same guy who on his podcast will be like, ‘The top guys would go straight to Vince [McMahon]. That’s what the top guys should do. They should go straight to Vince.’ I went straight to Dixie but suddenly it’s running to mommy, and I was just like, ‘F**k this guy.’ My whole contract negotiation got taken out of his hands so much so that even when we were down to the wire and finalizing it, he tried to come and join the conversation again, and Dixie was like, ‘It’s fine Bruce. You can go.’ Of course he’s going to hold a grudge on that forever.”

Nick Aldis On Bruce Prichard: “He Went Out Of His Way To Take Food Off My Table”