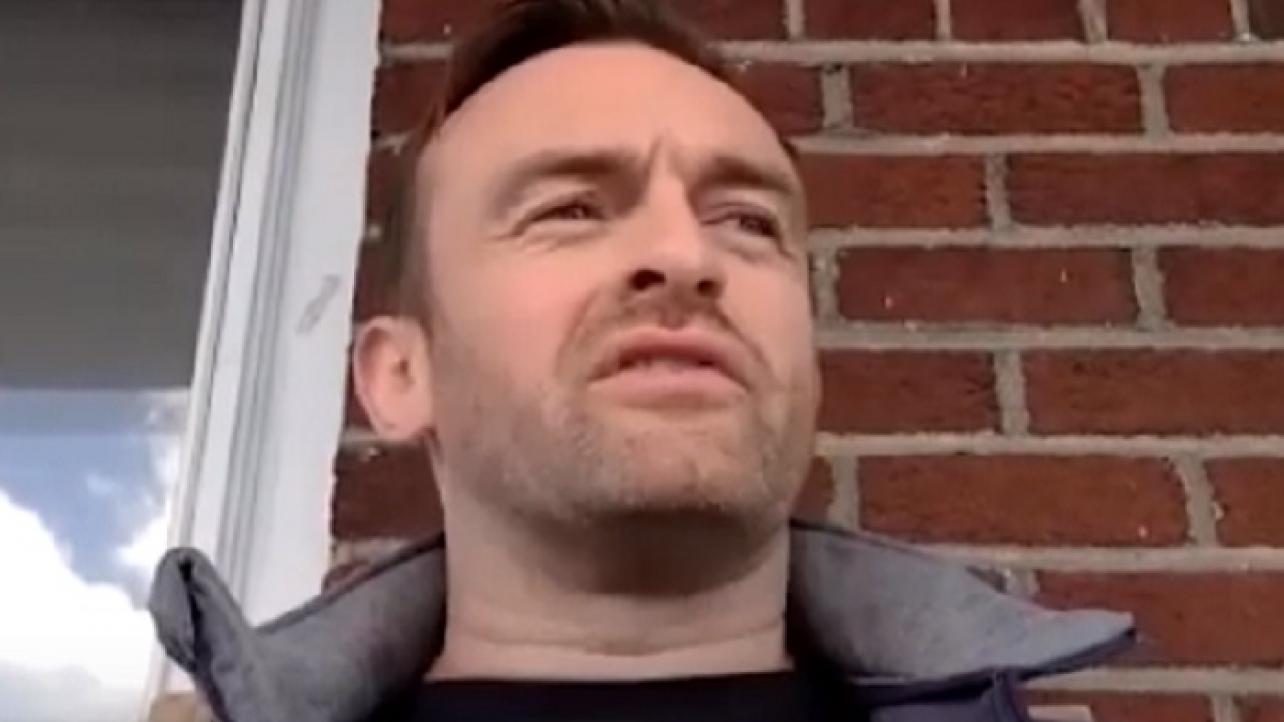 Nick Aldis Predicts Rusev Will End Up Back In WWE, Talks Chances Of AEW Or NWA Getting Him (Video)

NWA World’s Heavyweight Champion Nick Aldis recently explained why he feels Rusev, who was among the top names included in the massive “Black Wednesday” WWE releases in April, would make a perfect fit in the National Wrestling Alliance.

During a new interview with Andrew Thompson, Aldis broke down his thoughts regarding the possibility of “The Bulgarian Brute” having a “Happy Rusev Day” in the NWA.

“Absolutely,” Aldis said, when asked if he thinks Rusev would make for a good fit in the NWA. “I mean look, you won’t find a bigger Rusev fan than me. I remember pretty much from the beginning, I would be like, ‘God, Rusev is money.’ I would text him [David Lagana] all the time, ‘God, Rusev is money,’ and he’d be like, ‘I know,’ and I remember when he first showed up on TV and they were doing kind of the Ivan Drago kind of stuff with him and Lana was very much playing that role. I was like, ‘This is money. This is perfect,’ and he worked with [John] Cena at WrestleMania so I go, ‘Okay great. They’re getting this one right. This one’s ready-made. This is a star,’ and for… whatever. It wasn’t him. It wasn’t his fault, and I think he’s a great example of, unfortunately, it’s over-engineered sometimes. There’s 50 people that are all paid to have ideas. It’s like now you have 50 ideas to sift through.”

The reigning top dog in the National Wrestling Alliance promotion, which airs new weekly episodes of NWA POWERRR on the official NWA YouTube channel, would go on to elaborate on where he feels Rusev will ultimately end up, with him picking WWE but noting that if AEW is smart, they might end up getting him.

“Sometimes the obvious thing is right in front of you,” he continued. “I felt like with Rusev it was there. Like okay, this guy, totally unique look, he’s a horse, unbelievable athlete, he can work, charisma, whole thing is ready to go.

“I dare say that he would be … if I were AEW and I had the resources to pay for it, I think he would probably be [at the] top of my list,” Aldis said. “I think he would probably end back up at WWE, but I’m not sure how confident I’ll be that he’ll be on the open market for very long, but hell yeah. If we could get him at the NWA, even for a short period run, it would be huge.”

The NWA World’s Heavyweight Champion Nick Aldis’ appearance on the Andrew Thompson Interviews show can be heard in full via the video embedded below.

I had the chance to interview @RealNickAldis We talked about:

-Rusev fitting in the NWA
-NWA Title match plans in 2019
-Cross-promotion in wrestling
-Crimson’s role with NWA, much more

.#NWA World Champion @RealNickAldis predicts #Rusev will ultimately end up back in #WWE after spending VERY SHORT amount of time on free agent market, talks chances of #AEW getting him in new @ADThompson__ #interview (#VIDEO)

Nick Aldis Predicts Rusev Will End Up Back In WWE, Talks Chances Of AEW Or NWA Getting Him (Video)