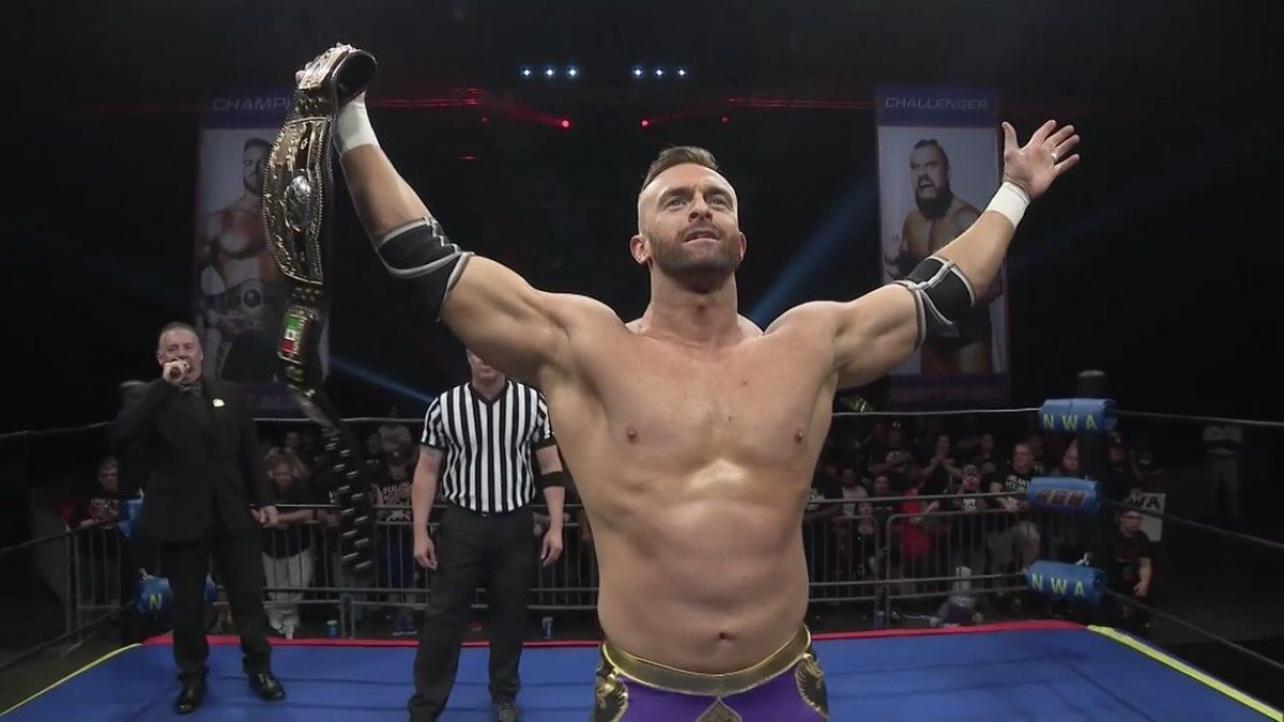 NWA World Champion Nick Aldis is in the middle of a 921 day reign with the title, and he recently discussed a number of topics with WrestleZone. While talking to the site, Aldis explained why he doesn’t keep up with stats, spoke about defending his title in the pandemic-era, and shared his feelings on holding “Ten Pounds Of Gold”. Check out his comments below!

Why being considered one of the all-time greats is a “novelty thing” for him:

“I’m definitely not a stats guy but there’s a group of guys who do the official NWA post-show on the YouTube channel, they’re a group called ‘This Is Pro Wrestling‘. They started as ‘This Is The NWA’ and one of the guys in that group by the name of Robert Stinson, he’s my stats guy. He updates me on how many days it’s been,” Aldis explained, “they do a whole bunch of cool things on their channel where they do historical pieces and Doc’s really great of reminding me like ‘oh today’s the anniversary of this’ or ‘today would’ve been so and so’s birthday’ and things like that. But yeah, it gets brought up and I tend to get a bunch of heat for it from the people that are like ‘what about the pandemic, it doesn’t count!’ and I’ll go ‘well, I didn’t bring it up’, you know? It’s just an unusual situation in the modern era for someone to hold a championship for this long. So, I’m just kind of like… sorry if you’re upset about the lack of wrestling matches that happen during a global pandemic, but aside from that, it’s a cool feeling to know that historically you’ll be up there with some all-time greats. That’s more of a novelty thing for me, but on a professional side,” Aldis said, “it’s more rewarding to know that I’m still considered to be the best guy for the job at this point in time after two years.”

Defending the NWA Championship during a pandemic:

“I always liken it to if you own a bar or a pub and you got your locals that that sit at the bar every night, like it’s cool that they’re there but if you’re gonna decide that you’re gonna do a quiz night once a week or you’re gonna have food or a band and stuff and they go ‘ugh, I can’t believe you’re bringing a band in, this is terrible, I’m not coming in’. You go ‘cool, don’t come in then.’ You’ll come back tomorrow, like it’s not just for you, it’s for everyone, so I just tend to—when it gets into too much of that—I just sort of disconnect from it all and go ‘OK, well enjoy yourselves, I’m just trying to be a good pro wrestler and ya know, make some money.”

Being the NWA Champion:

“There’s only so much business you can do in being the proud world champion, and ultimately the money is in the people wanting to see you get beat. So in my mind, once we had the pandemic and once we realized that through necessity as much as anything else—I’ve been the champion for a hell of a long time—I figured that it was time to start rubbing that in people’s faces a little bit because one way or another, people love to knock you down a peg or two. So, my feeling on booking or creative is—there’s no point of me swimming upstream. The chances are, and that’s where social media can be very useful, because obviously, you can sort of take a cross-section of sentiment and get a general idea of where people’s heads are at. Then I just sort of take it and lean that way with it and go, ‘OK naturally there’s some resentment starting to emerge, so let’s go with it.’ Let’s embrace it, let’s go into it. It’s business, and look, I like being the guy people love to hate. It’s a good place to be.”

Aldis’ 921 day reign is currently sixth all-time, and he is only five days short of tying Harley Race.