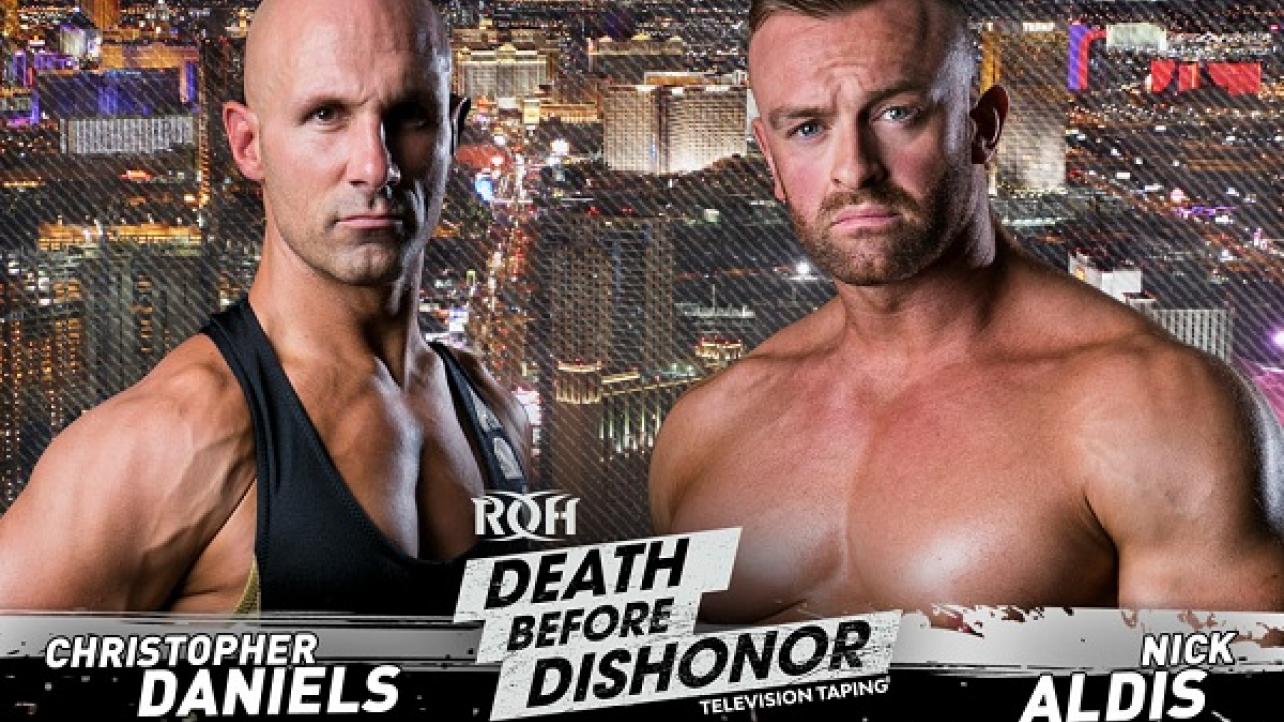 Check out the complete announcement regarding the match from ROHWrestling.com below:

Christopher Daniels And Nick Aldis Face Off In Vegas

Nick Aldis etched his name in history when he defeated Tim Storm to capture the NWA Worlds Heavyweight Championship. Aldis held the Championship for over 200 days defending against all comers, before losing the Championship to “The American Nightmare” Cody at All In.

With a rematch in hand for the NWA’s 70th Anniversary Event in Nashville, Aldis is focused at being at his best in his attempt to regain the historic championship.

In Las Vegas, Aldis will put himself to the test against a man who is fighting from a place of desperation. The only Grand Slam Champion in ROH history, Christopher Daniels is looking for any weight or leverage to get a contract extension following Final Battle. A win would no doubt put Daniels in the thick of the NWA Worlds Heavyweight Championship race!

Two esteemed former champions meet one-on-one for the first time in a ROH ring in Sin City when Nick Aldis takes on Christopher Daniels! On his quest to regain a championship that has defined his career, Aldis is adopting the mindset of steel sharpening steel when he steps into the ring with the only Grand Slam Champion in Vegas! For Daniels, a win over a fellow esteemed champion could put himself back in the title hunt in the city where he captured the ROH World Championship!

Who will leave Las Vegas victorious? Join us LIVE in Vegas to find out before anyone else!

Death Before Dishonor returns to Las Vegas, the Fight Capital of the World, LIVE on Pay Per View and for HonorClub VIP on Friday September 28 at 9 PM ET/6 PM PT and returns the next night for an International Television Taping with all of your favorite ROH stars! Championships will be decided and feuds ended and YOU can watch it all LIVE!

BEST FRIENDS (BERETTA & CHUCKIE T.) vs. LOS INGOBERNABLES DE JAPON (EVIL & SANADA) vs. IWGP HEAVYWEIGHT TAG TEAM CHAMPIONS THE YOUNG BUCKS vs. THE ADDICTION (OR THE BRISCOES, WHOEVER LOSES AT DEATH BEFORE DISHONOR)

IF CHRIS SABIN WINS THE WORLD TELEVISION CHAMPIONSHIP AT DEATH BEFORE DISHONOR, THE TITLE IS ON THE LINE