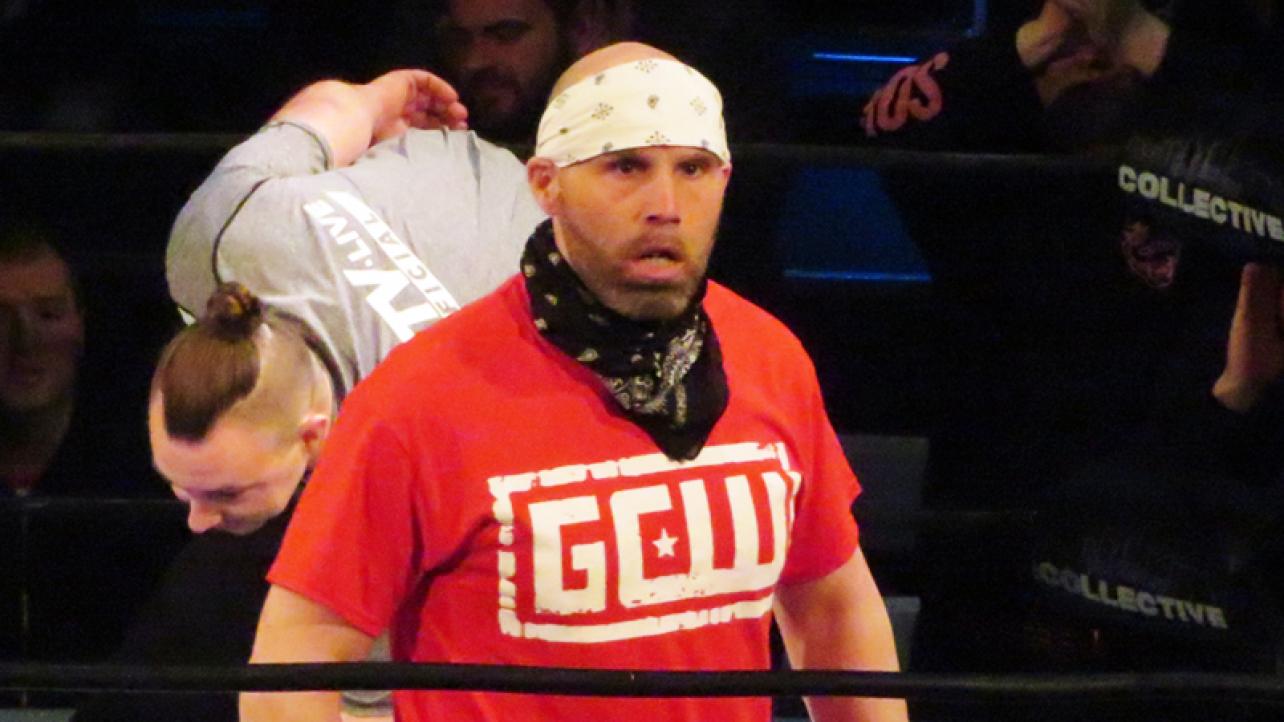 During his recent interview with Sam Roberts, GCW World Champion Nick Gage shared thoughts on deathmatch wrestling. Gage also spoke about staple guns, and more. Check out his comments below.

“The key to the staple gun is…some guys like to put no staples in there. They’ll shoot the staple gun and you’ll hear the noise, but I’ll never do any of that stuff. That’s like me cutting barbed wire and using fake barbed wire or fake glass. I don’t do any of that stuff. Guys started stapling dollar bills to their heads [just to prove it’s real]. Where I’m at, I think the staple gun is cheesy. I’m tired of seeing it. I’m tired of seeing guys staple stuff on their face. I watched this one bum do it and he was the worst. It ruined it for me. He didn’t know how to wrestle or do anything, but he grabbed a staple gun and stapled dollar bills to people’s faces, and I was just done.”

“It pisses me off. It also pisses me off when guys try to get over by doing a deathmatch and saying, ‘Oh, this s*** is on fire so let me get over by doing a deathmatch.’ I don’t like that s***. S***ty deathmatches, I hate it. In 2017, I was taking every booking I could take, and I just watched some garbage and it pissed me off. I’m trying so hard to make this an art form and another style of wrestling that isn’t garbage.”

Nick Gage is set to defend his title against Matt Cardona, at the July 24th GCW Homecoming event.