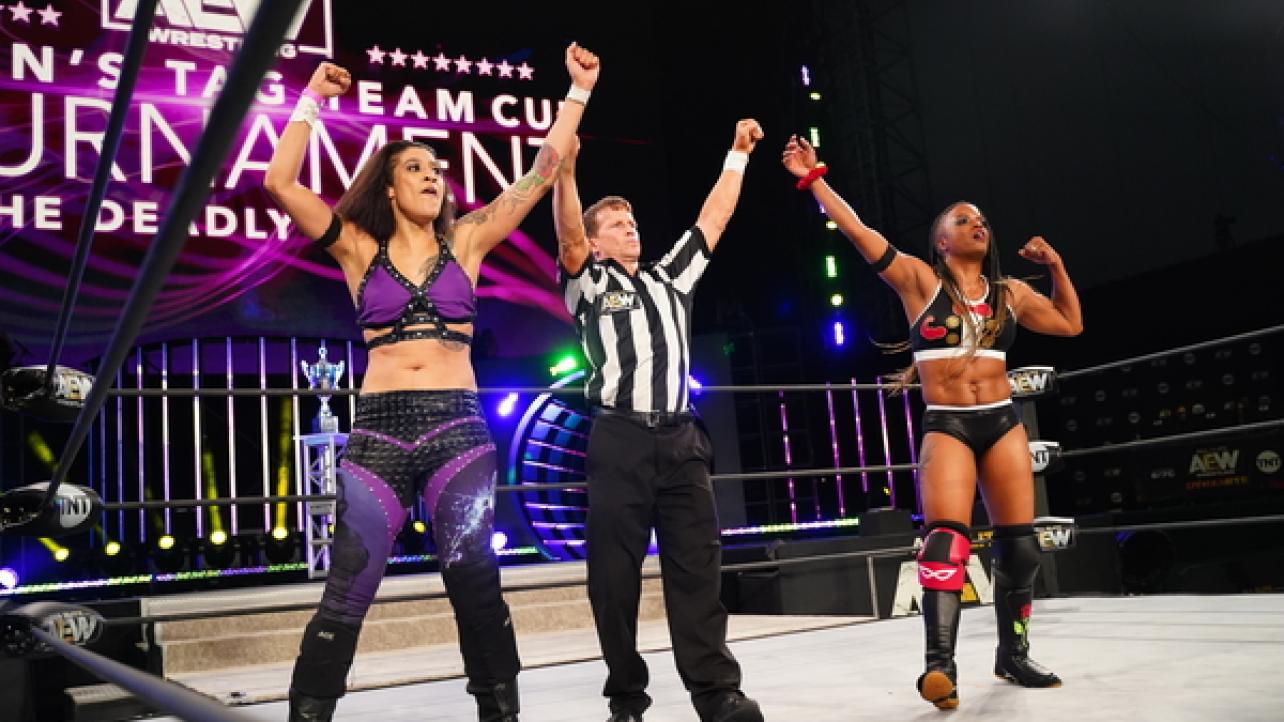 Nicole Savoy On Reuniting With Big Swole, Working With LuFisto

During her recent conversation with Spencer Love of Love Wrestling, Nicole Savoy recalled working with AEW women’s division talent Big Swole. The longest reigning Shimmer Champion also spoke about working with LuFisto, and more. Check out her comments below.

On partnering with Big Swole during an AEW Tag Team Tournament:

“It was quite the experience. What people don’t seem to understand is I read the comments on Twitter where they’re like, ‘oh, well, Nicole’s not like that. She doesn’t have to act that way.’ And I’m like, ‘but the Big Swole, Lil’ Swole thing? That’s just us on a regular day basis!’ We’re that outside of the ring, just goofy and silly for no reason. So to bring all of that shenanigans, or as we like to put it, Swolenanigans, into the ring, that was a lot of fun. I loved tagging with her. That was just the best. I had a good time, had a good time got a couple of suplexes in, you know, Got it out there!”

On matches she’d recommend to her own first time viewers:

“My match with Madison Eagles! I was going to say, either her or my matches with LuFisto. Funny story: when I found out that I was wrestling LuFisto – her and Heidi Lovelace were my first two matches in the Shimmer. I was so excited to wrestle Heidi, but I was very scared and intimidated to wrestle LuFisto. I legit was throwing up before my match. Like they were like ‘Savoy, are you okay,’ and I’m like, ‘yeah, I’m, I’m fine. Excuse me,’ and I would run straight to the bathroom and throw up. And then, I remember before I went out there, Allison Danger looked at me and she’s like, ‘so, you get to wrestle LuFisto? Don’t fuck up!’ I’m like, ‘what? How do you say that to somebody before they go out there?!’”

Nicole Savoy On Reuniting With Big Swole, Working With LuFisto