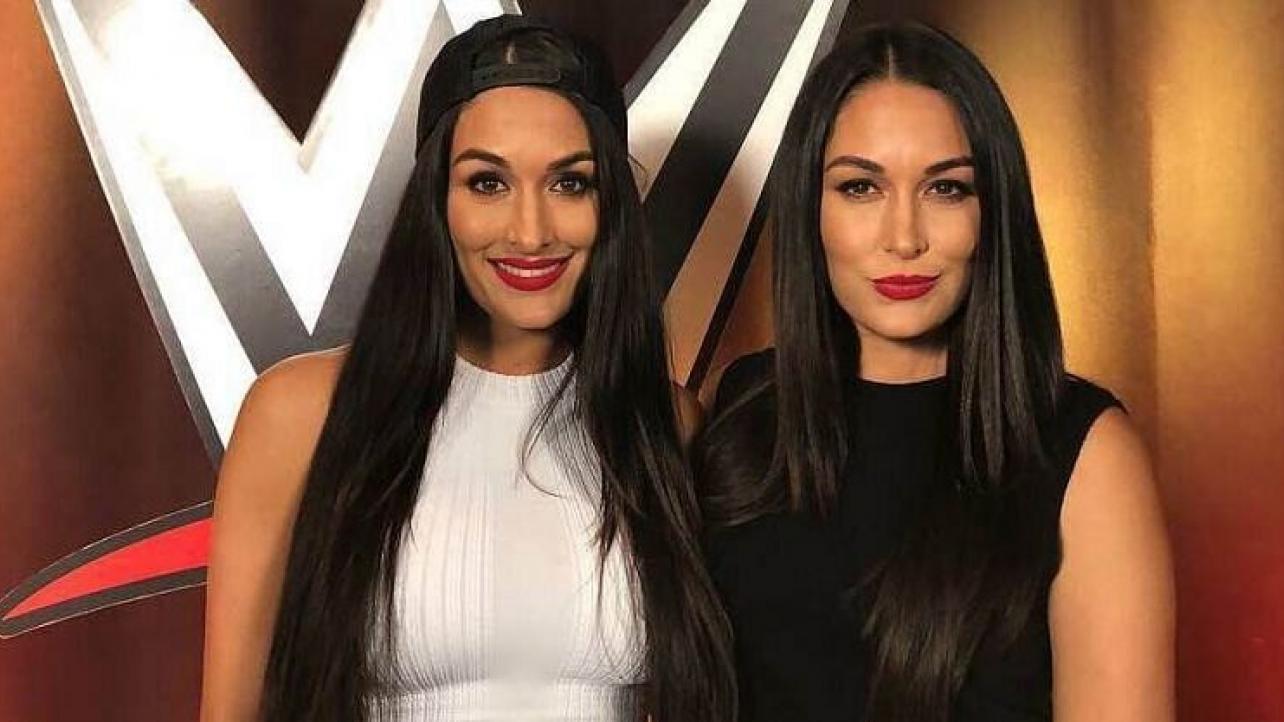 On the latest edition of their Bellas podast, WWE Hall of Famers Nikki and Brie Bella spoke about what a vital role the McMahon family played in their careers, specifically Stephanie who the sisters reveal massively empowered in their lives. Highlights are below.

Giving thanks to the McMahon family:

BRIE: “There are some people we didn’t thank because ‘you’re not allowed to thank them,’ which I get, but The McMahon family. We’re not allowed to thank you at the Hall of Fame, but we’re going to thank you on our podcast because we can. Thank you Stephanie for the storyline we did together. I learned so much from you during that time and so much about the business, characters, stories, everything.”

How empowering Stephanie McMahon is:

NIKKI: “I agree with you on Stephanie. I’m so grateful that I got to work with Stephanie because she truly empowered me. I cut the best promo of my career with Stephanie. I remember being so nervous, I had just turned on Brie at SummerSlam and on Raw I was about to have my first live promo on why I did it. I was so nervous because I wanted it to be perfect. Stephanie looked at me before I went out and was like, ‘You know this story. Go out there and tell this story in your own words. You know what this story is and how you want it to be portrayed.’ Being out there with Stephanie, and her presence, and her advice, she made me feel the most comfortable in the ring and brought out the best in me.”

What an important factor Vince was for their careers:

BRIE: “If it wasn’t for him, obviously, the Bella Twins would’ve never had a career. The one thing Nikki and I were used to growing up were being on a competitive sports team and used to coaches who gave us constructive criticism and worked us hard, but at the same time showed compassion. That’s one thing I love about Vince. He doesn’t hold back, he lets you know what he wants and how it’s going to be done and he always helped us grow.”

NIKKI: “We’ve always had someone who has been brutally honest to us and to each other. It always helped us be better and you want that from someone in business because it makes you better. Thank you, Vince.”

NIKKI: “Beyond that, he believed in us before reality TV and believed in us since day one and saw something in us. He’s given us great advice and his belief in us made us work harder. There were times he would compliment us, because there aren’t a lot of compliments in our industry so when you would get stopped by someone in a high position and they’d give you a compliment, you couldn’t help but feel amazing. He was one of those people.”