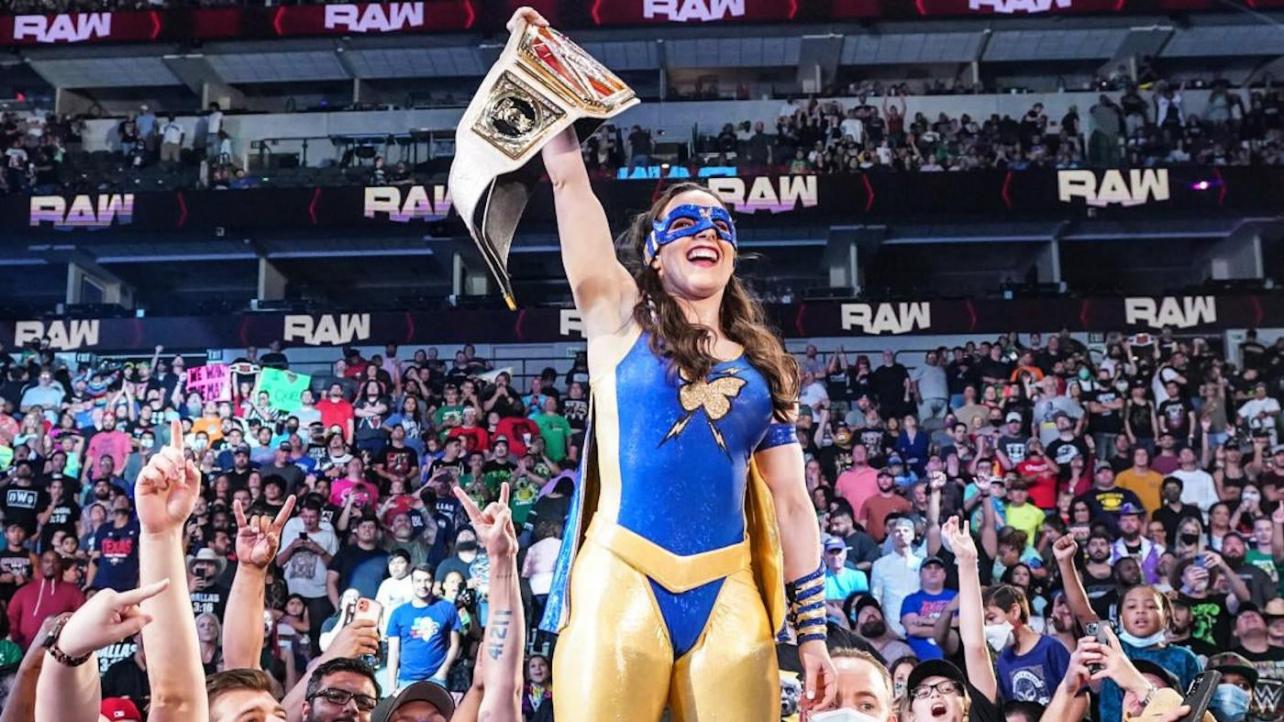 During her recent appearance on Out of Character with Ryan Satin, WWE Raw Women’s Champion Nikki A.S.H. discussed a potential storyline with Alexa Bliss in WWE. Nikki also shared her opinion of Bliss’ current character, and more. Check out Nikki’s comments below.

On a potential storyline between herself and Alexa Bliss:

“We and her worked so well as a team, and I think people loved our dynamic and they loved the fact that she’s very cool, calm, and collected. I was just this caffeine-fueled sugar monster and bouncing off the walls. I loved our dynamic…..I think that was such a cool thing. When the character first started with Alexa and you saw a more innocent and vulnerable and sympathetic side – the girl who doesn’t quite fit in and is under the tutelage and wing of Alexa Bliss, a multiple-time Women’s Champion. I loved that because fans kept thinking it was gonna end in tears and she was gonna turn on me and betray me. That was so cool, and you could actually kind of see that we grew. I always say this about the character, I think it taught her to be a true friend and she stopped me from bouncing off the walls and being so chaotic. And then the journey came to an end and this split happened, but it didn’t happen because someone betrayed someone. It was just more that she took a path that was darker with Bray Wyatt. That started their story, and I started my own journey. There is so much room and so much story there that we can still go to, just like there are so many stories I can go to with other superstars as well. Again, it’s that puzzle piece we need to complete the full picture. Alexa was wonderful to work with and I’m so proud of what we did. The fact that we had people thinking one thing was going to happen and then something else happened, then we became the first-ever two-time Women’s Tag team Champions.”

“She’s a multi-time Women’s Champion. So versatile and her character work is second to none. Watching this along with everyone else, it’s been incredible to watch her transformation. I love the fact that our stories have taken these different paths and now I have my transformation of being Almost a Superhero and exploring those different aspects. My favorite part of being in this industry, and I love being in the ring and it’s my home, but I love character work. I love interviews, I love promos, I love talking. When I was on the independent scene, I would demand a microphone before every single match. I enjoy character work so much and love exploring different aspects and layers of my character. It’s been so fun to watch her and I’m excited for my own journey and exploring those aspects and layers.”