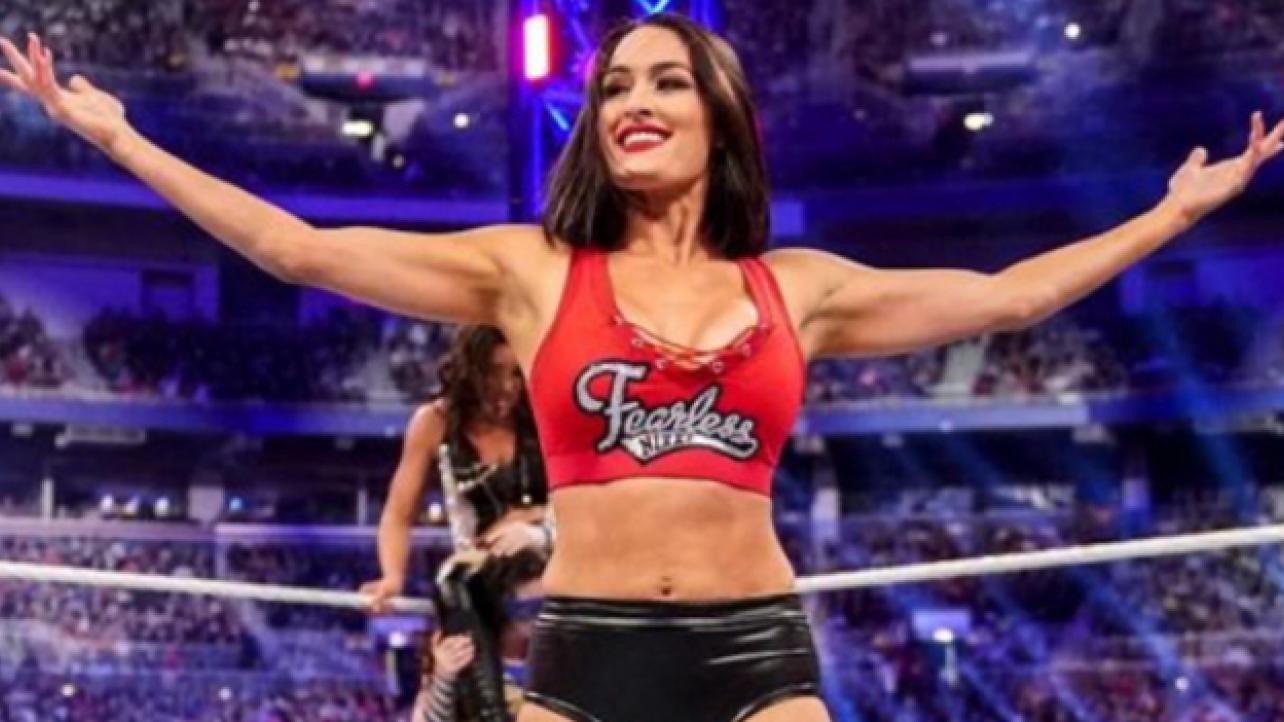 One-half of the Bella Twins and WWE Hall of Famer Nikki Bella recently spoke with Mario Lopez as part of his On With Mario Lopez podcast, where she talked about making an appearance at WrestleMania 38.

“So far, I have a ticket booked, that’s all I can say. The Undertaker is getting inducted into the Hall of Fame, Vince McMahon announced that he is inducting him, so I’ll for sure be at the Hall of Fame, because that’s an iconic moment. Being a Hall of Famer, I have to represent, The Bella’s always find some way to get themselves into trouble there.”

WWE Hall of Famers The Bella Twins (Nikki Bella and Brie Bella) last appeared for the WWE at the 2022 Royal Rumble Premium Live Event, when they competed in the 30-Woman Royal Rumble Match.

You can check out Nikki Bella’s full comments at this link. H/T to WrestlingNews.co for transcribing the above quotes.