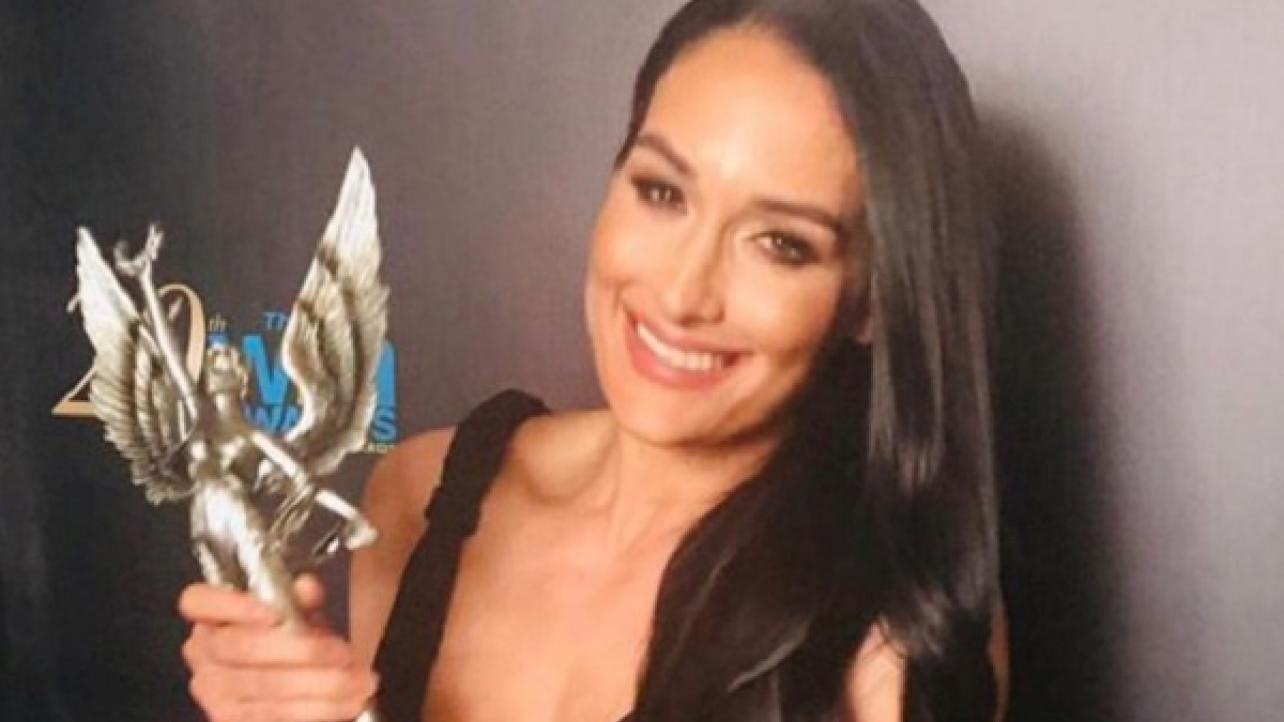 The longtime WWE Superstar and co-star of the Total Bellas reality series on E!, won the “Best Actress in a Reality Series” award at this year’s WIN Awards ceremony.

WWE.com posted the following congratulatory message to Bella this weekend:

Nikki Bella is a WINner … literally!

Nikki won the award for Best Actress in a Reality Series for her work on E!’s Total Bellas on Friday night at the Women’s Image Network Awards. The WIN Awards strive to advance a gender-balanced world and increase the value of women and girls by celebrating outstanding film and television.

Brie Bella took to Twitter to show Fearless Nikki some love after her win.

So incredibly proud of my sister for winning best reality star @TheWINAwards she stands for strength, unity, empowerment and hard work! It’s not easy to showcase your life and have zero filters. Honored to have her as my role model and sister! To our Fearless Queen! B pic.twitter.com/PFIrk7fgGN