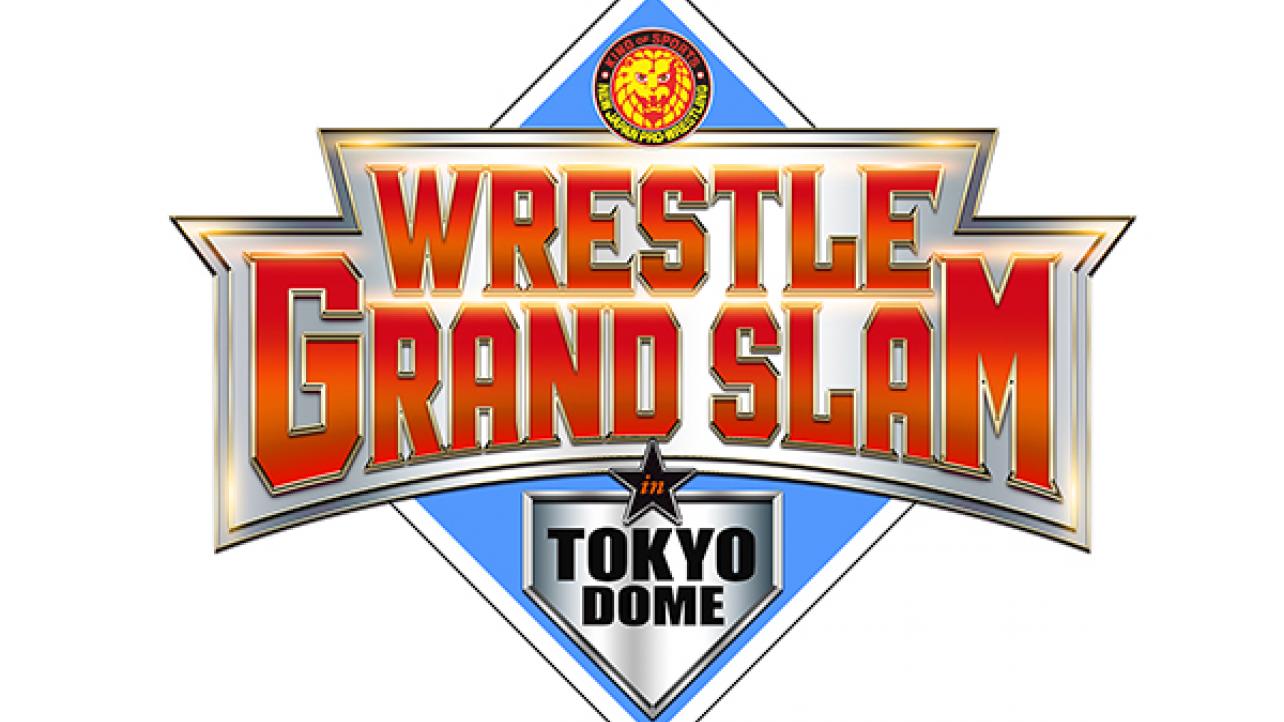 Overnight, New Japan announced that the August 5th show will be headlined by an IWGP World Heavyweight Championship defense. In the co-main event, IWGP Heavyweight Tag Team Champion’s Dangerous Tekkers will defend their titles against Tetsuya Naito & SANADA, as well as YOSHI-HASHI & Hirooki Goto, in a triple-threat tag team bout.

In addition those matches, Hiromu Takahashi will take on Robbie Eagles with IWGP Junior Heavyweight Championship on the line.

Check out the press release from New Japan below:

After Wrestle Grand Slam in the Tokyo Dome saw a night of amazing championship action, we now head to September 4 & 5 in Saitama’s MetLife Dome for the next Grand Slam events. The second night on September 5 is stacked already, with three championship bouts already signed.
The main event on September 5 will see Shingo Takagi defend the IWGP World heavyweight Championship against EVIL. Takagi didn’t have the Tokyo Dome event he was expecting on July 25, but did have a more than suitable replacement as Hiroshi Tanahashi was substituted in for Kota Ibushi. Takagi went over 35 minutes in a truly world class performance, and emerged victorious, making history as the first man in 16 years to win a Tokyo Dome main event on the first attempt.

Yet just as Shingo left the crowd with a triumphant address, the Dome went dark, and a new challenger appeared in the ring. EVIL struck at the Dragon and demanded a fight that the champion was absolutely not going to back away from. Now they collide in the MetLife Dome on September 5.
Also official for the MetLife Dome is a three way match for the IWGP Tag Team Championships, Dangerous Tekkers defending against both the LIJ combination of Tetsuya Naito and SANADA and CHAOS YOSHI-HASHI & Hirooki Goto. At the Tokyo Dome, Zack Sabre Jr. endured tremendous punishment to just barely sneak a flash European Clutch pinfall victory. Yet Naito was quick to appeal for a rematch, the same way that Dangerous Tekkers had done after their title loss in Sapporo. Appealing to Sabre’s ego, Naito reminded ZSJ that the Briton hadn’t submitted El Ingobernable as promised, and with a birthday sash as an added gift, the rematch was granted.

At the same time though, Hirooki Goto and YOSHI-HASHI wanted a taste of the gold that Dangerous Tekkers have elevated the prestige of. After stating that they had done the same to the NEVER 6-Man titles, Taichi and Zack wanted a taste of those belts in return, and with that request granted, the CHAOS side was
added to the mix.

This will mark the first three way match for the IWGP Tag Team gold since Wrestle Kingdom 13, a match SANADA, then teaming with EVIL, emerged victorious from. Will history repeat on September 5?

The third championship match official for September 5 will be Robbie Eagles’ first defence of the IWGP Junior Heavyweight Championship against Hiromu Takahashi. Before July 25’s Tokyo Dome event kicked off, Hiromu told the world that he was medically cleared for a return, and was targeting the winner of that night’s junior title clash between Eagles and El Desperado. The Sniper of the Skies scored a hard fought submission win against the odds to become the first ever Australian IWGP title holder. Now though Eagles will learn that it is one thing to win an IWGP title and quite another to keep it. Some three years ago, Eagles defeated Hiromu in Takahashi’s return from neck injury in tag team competition. Can he do the same one on one with the title on the line in another Takahashi comeback match?