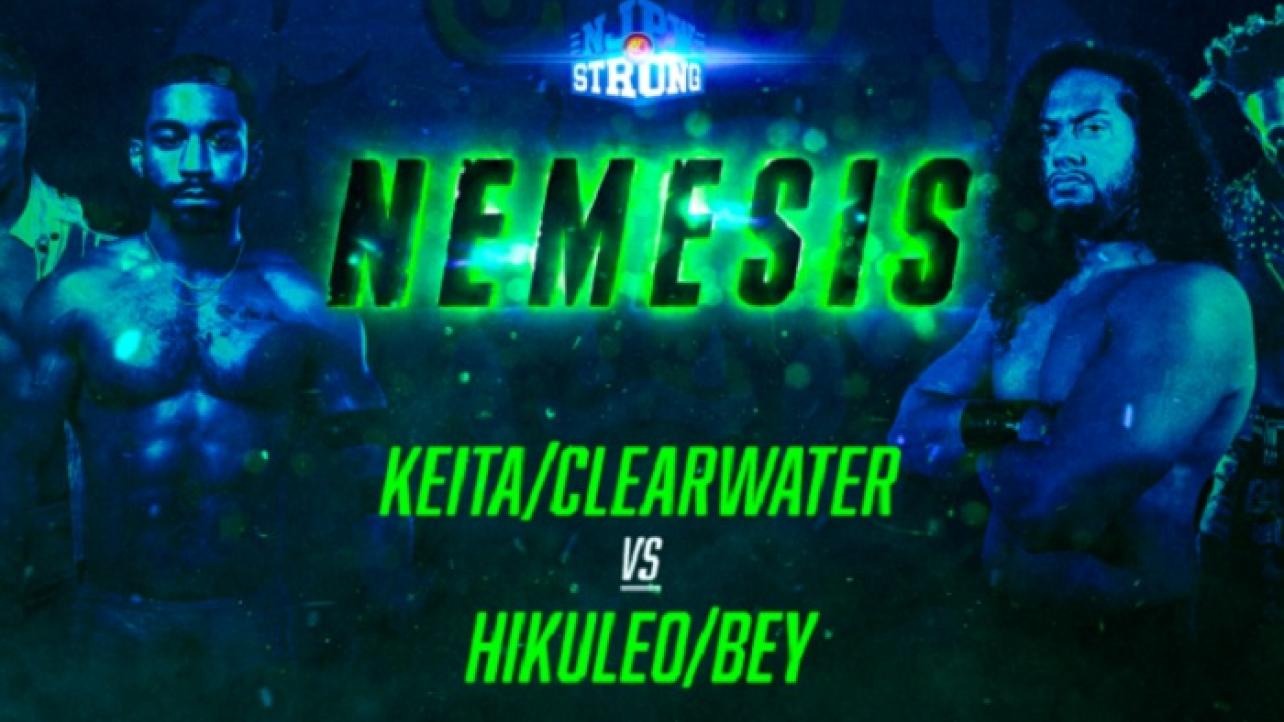 Clark Connors will not be working the NJPW STRONG Nemesis event as scheduled.

After being initially advertised for the taping this evening in Hollywood, it was announced on Thursday morning that Connors will not be able to appear as scheduled.

Instead, NJPW has announced Keita Murray as his replacement. Check out the complete announcement below.

Following his withdrawal from this past weekend’s LA Comic Con event, Clark Connors is still not cleared for return to competition and therefore will not be present at Nemesis tapings Thursday night in Hollywood.

We apologise to fans who were looking forward to see Clark wrestle, and appreciate your understanding.

Keita Murray will be making his debut in Connors’ place, with the following change made to the card