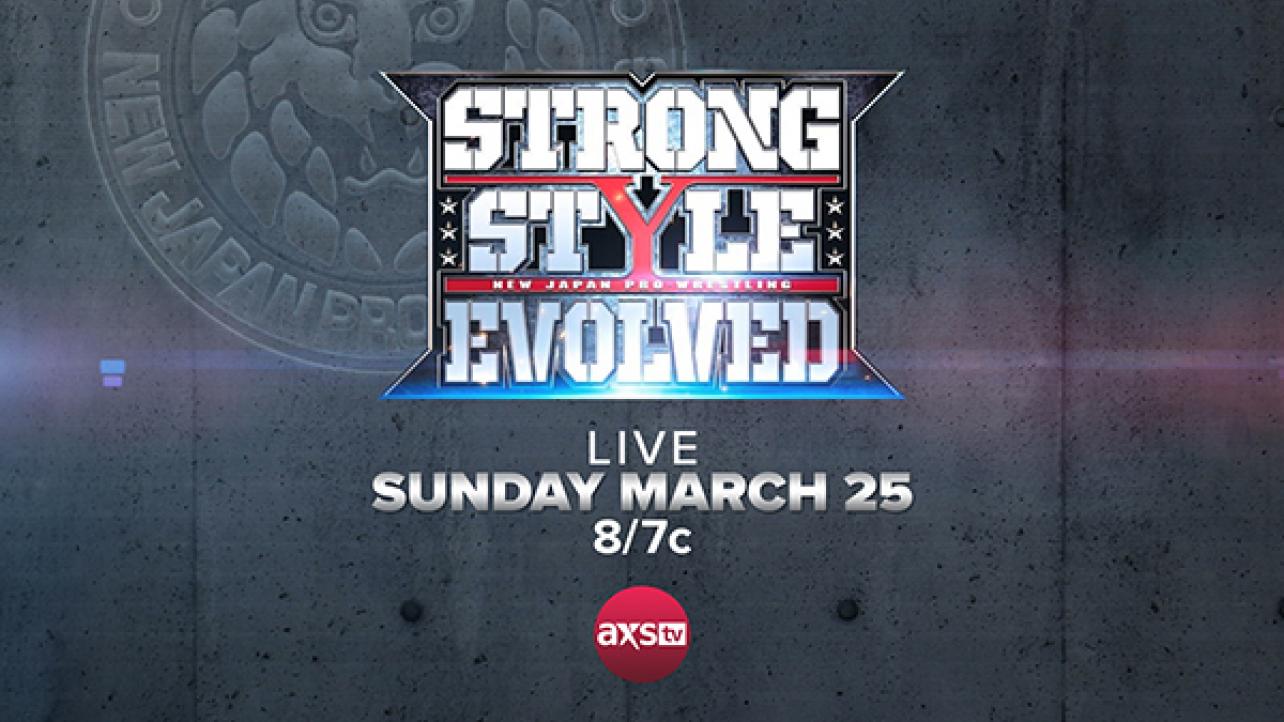 This week, New Japan Pro Wrestling (NJPW) and AXS TV announced that they will be airing the NJPW Strong Style Evolved special on March 25th.

Leading up to the Live Broadcast, the Network will Premiere Matches from NJPW’s New Year Dash, New Beginning in Sapporo and More

“New Japan Pro Wrestling’s popularity and ratings in the U.S. are at an all-time high,” said AXS TV FIGHTS CEO Andrew Simon. “The G1 Special last summer sold out in a few hours, while STRONG STYLE EVOLVED, in an arena twice the size, sold out in less than 10 minutes. This second U.S. event is a great opportunity to further our relationship with NJPW and TV Asahi and we are looking forward to growing their strong style brand of wrestling in the states.”

AXS TV wraps up its final night of Wrestle Kingdom 12 coverage on Feb. 9 at 8pE/5pP. Then, the network will showcase the best matches from NJPW’s winter events including “New Year Dash” (Feb. 16), three hours from “The New Beginning in Sapporo” (Feb. 23-March 9) and more to be announced leading up to STRONG STYLE EVOLVED.

March 2 – The New Beginning in Sapporo – The Young Bucks vs. Roppongi 3K