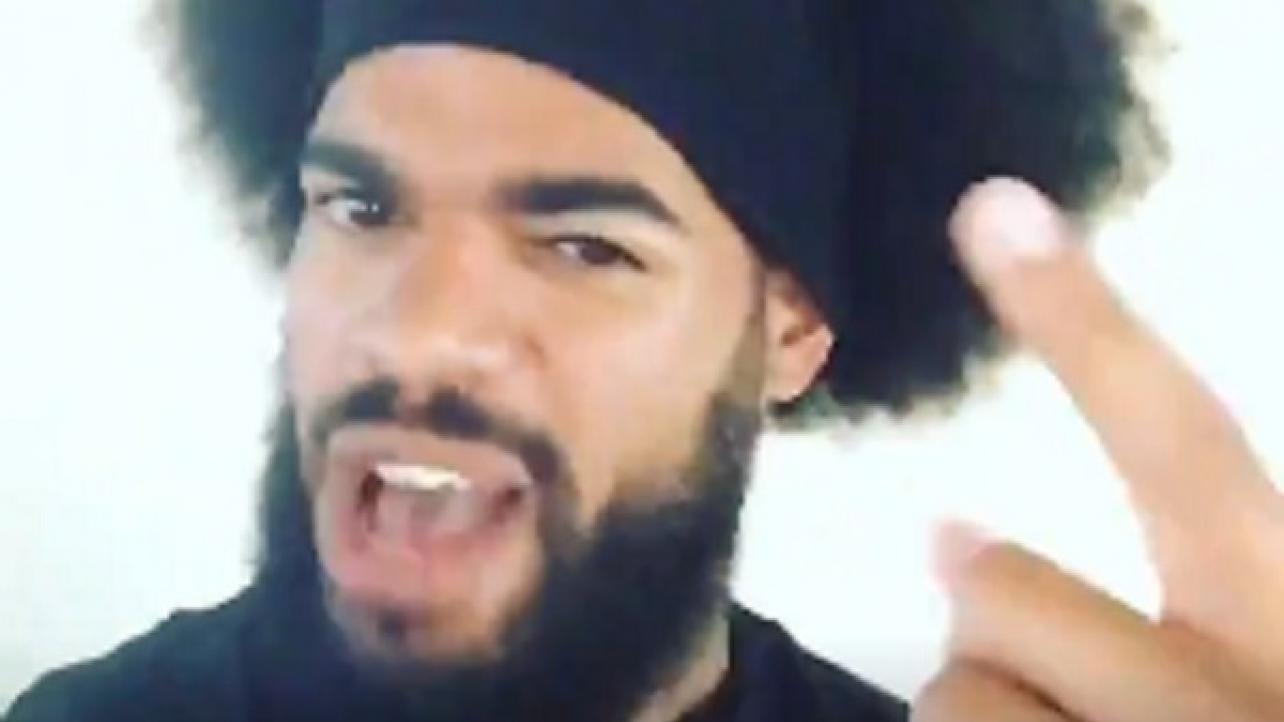 A pair of WWE Superstars had an interesting back-and-forth exchange on Twitter after watching a freestyle rap released by No Way Jose this weekend.

Things got started when No Way Jose released a freestyle rap about his intentions on coming for R-Truth and the WWE 24/7 Championship.

In the rap, which the WWE Superstar released in a video via his official Twitter page (@WWENoWayJose) on Friday evening, he mentions several of the recent title changes that happened in various settings, including the WWE flight to Saudi Arabia, a golf course and 205 Live General Manager Drake Maverick’s real-life wedding.

Titus O’Neil chimed in on his official Twitter page (@TitusONeilWWE) with a response to No Way Jose’s freestyle.

“This was EXCELLENT No Way Jose,” wrote O’Neil earlier this morning. “But you’ll have to beat me after I beat him, and unlike him I won’t run … I’ll fight you, him, them and all-y’all-stankin’-a** family members!”

The pair of tweets managed to capture the attention of the reigning eight-time WWE 24/7 Champion.

“You can’t stay on your feet long enough to fight,” wrote R-Truth via his official Twitter page (@RonKillings) today, before dropping a random “Lil Jimmy” mention. “I WILL bite both of y’all if Lil Jimmy said so!”

This lead to O’Neil posting another response with a GIF from the movie Friday that features “Deebo” intimidating some of the men in the neighborhood, along with a caption that read, “Shutcho…wait who TF you think you talkin’ too?!”

R-Truth would respond about 20 minutes later with a GIF of his own, as he posted a funny Kevin Hart facial expression from the actor / comedian’s stand-up comedy special. The WWE 24/7 Champion included a caption that again referenced “Lil Jimmy.”

“What does TF mean,” questioned Truth in his response. “I hope that’s not bad language.”

Truth concluded, “I don’t use bad language ’round Lil Jimmy.”

Check out the interesting Twitter exchange, along with the initial No Way Jose freestyle rap video below.

You can’t stay on your feet long enough to fight ‍♂️, I WILL bite both of y’all if Lil Jimmy said so!

What’s does TF mean? I hope that last not bad language, I don’t Use bad language round Lil Jimmy pic.twitter.com/AgrZeVZvUr