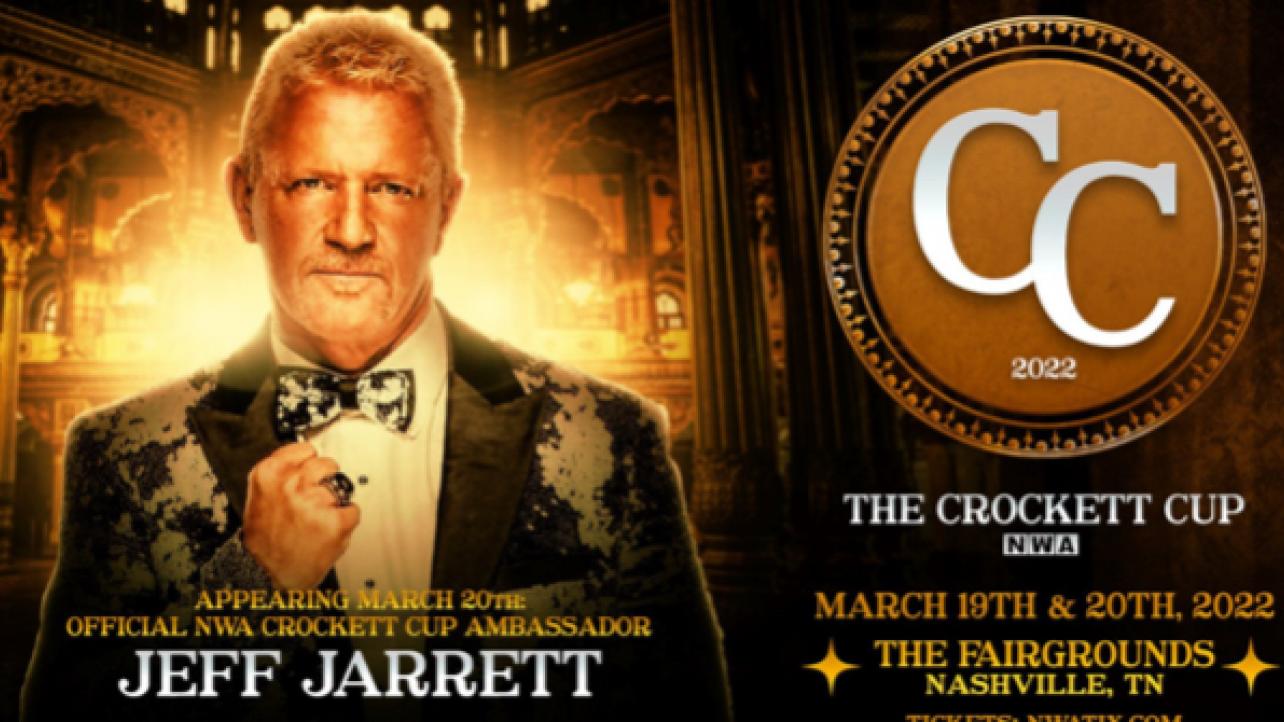 The National Wrestling Alliance has released a new video revealing some big news for the promotion’s Crockett Cup pay-per-view, which begins on March 16th and finishes on March 20th from The Fairgrounds in Nashville Tennessee.

Kamille will defend the women’s championship in a triple-threat against Kylie Rae and Chelsea Green.

WWE Hall of Famer Jeff Jarrett will be the special guest referee for the world title matchup between champion Matt Cardona and challenger Nick Aldis.

Davey Boy Smith Jr. will be returning to tag with Doug Williams to compete in the Crockett Cup tournament.

The full announcement can be seen below.