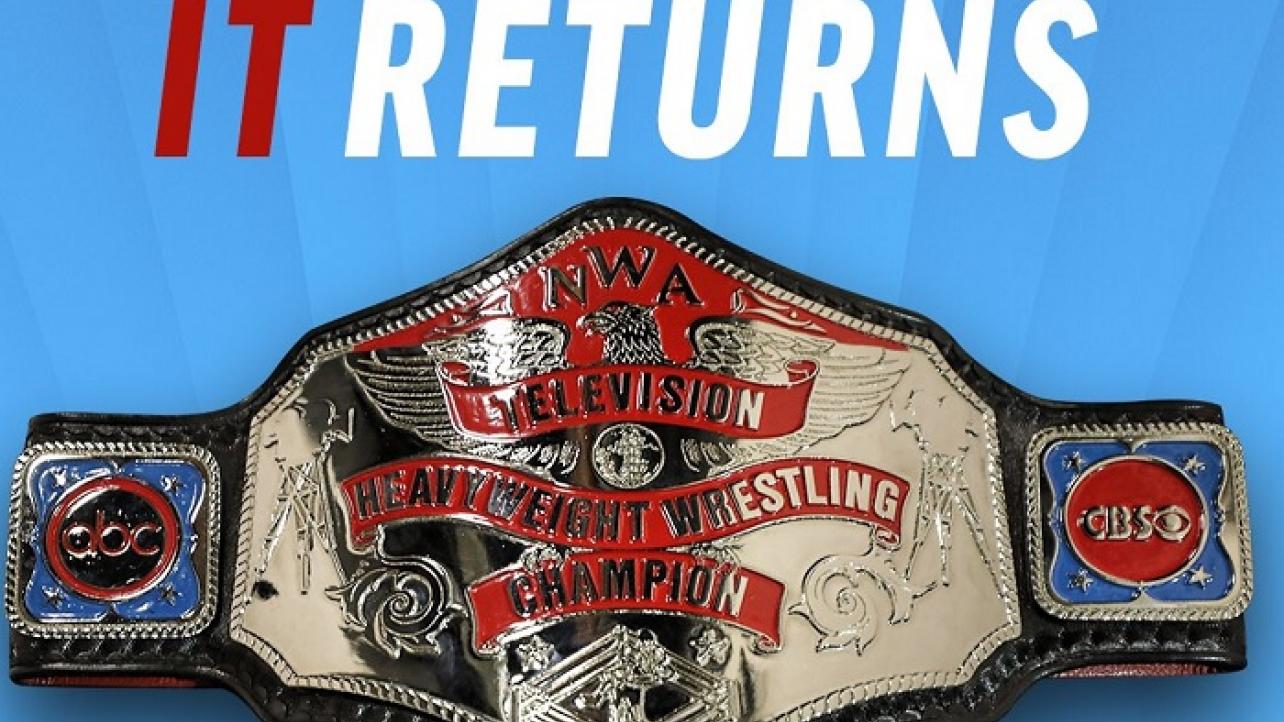 During the NWA Into The Fire 2019 PPV on Saturday night, the National Wrestling Alliance announced that they will be bringing back the NWA Television Championship title at their next PPV event scheduled for Friday, January 24th at GPB Studios in Atlanta, Georgia.

No PPV name or any other details were announced.

The announcement came during an eventful NWA Into The Fire show on Saturday night, which included the surprise appearance by Marty Scurll, who confronted Nick Aldis after his title defense against James Storm in the PPV main event.

Check out an exclusive photo of the NWA Television Championship title belt below.

Not only did #MartyScurll make a surprise appearance, but #NWAIntoTheFire on Saturday night also included announcement of NEXT @NWA PPV on 1/24 in Atlanta, where the #NWA #Television #Championship will RETURN~!

NWA will be taping their post-PPV episodes of NWA Powerrr at GPB Studios in Atlanta on Sunday and Monday evening. If anyone is attending the NWA Powerrr taping on 12/15 and/or 12/16, we are looking for reports to be published here at eWrestling. Send in your spoiler reports via Twitter @MattBoone1984.

For those who missed Saturday night’s NWA PPV, check out our detailed match-by-match report here at eWrestling via the following link: