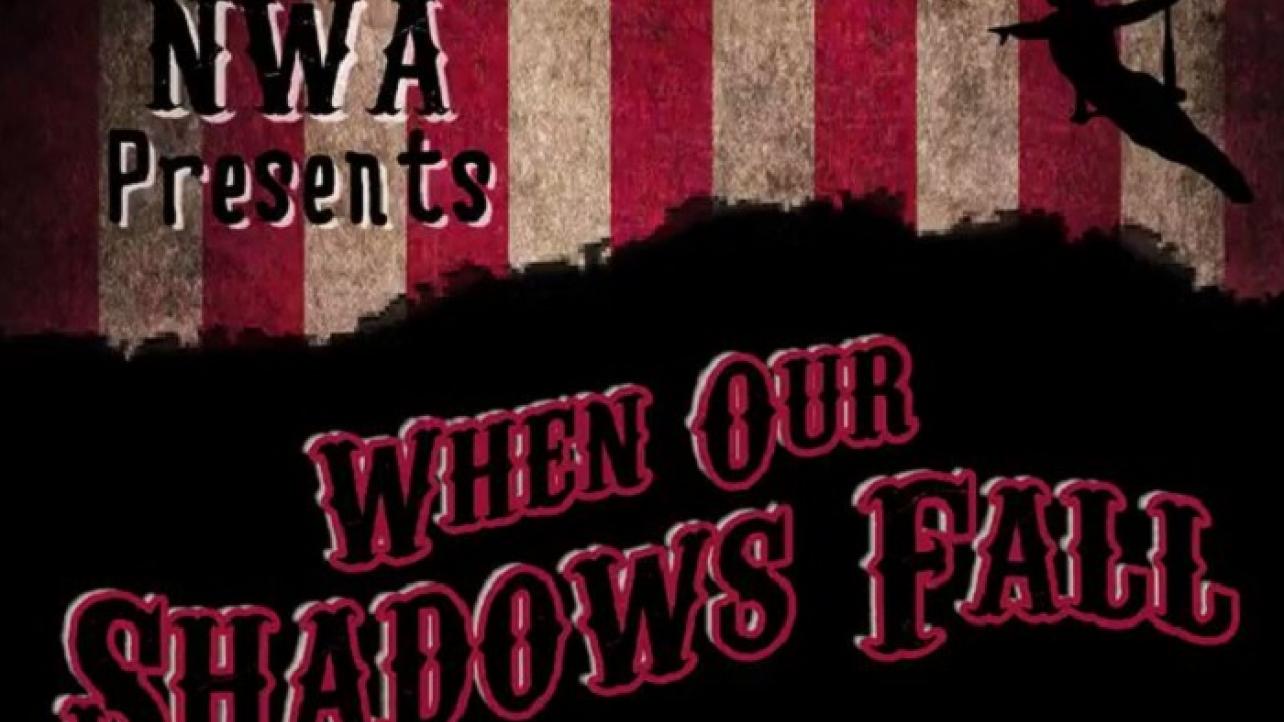 NWA When Our Shadows Fall Set For 6/6

The National Wrestling Alliance will be returning to the pay-per-view arena in June.

On Friday, the promotion issued the following press release and video trailer to formally announce their NWA When Our Shadows Fall pay-per-view for June 6th.

The National Wrestling Alliance presents “When Our Shadows Fall,” LIVE on PPV June 6th at 4 PM EST. Exclusively on FITE

‘When Our Shadows Fall’ will feature an exclusive and newly recorded effort from Smashing Pumpkins guitarist Jeff Schroeder, who was asked by NWA President William Patrick Corgan to write a song representing the PPV’s dark and ominous circus-like theme.

Says Corgan: “We ask our fans from all over the globe to join us as we continue to build on the 73 years-and-counting tradition of the National Wrestling Alliance. It’s an awesome legacy to have to navigate, but as you’ve seen recently with Triller’s headline-making acquisition of FITE, the future of television and live broadcast events is in the digital sphere.”

So join NWA hosts Joe Galli, Tim Storm, Velvet Sky, Kyle Davis, and May Valentine, live and glittering from GPB Studios in Atlanta. Only on PPV from FITE.

NWA When Our Shadows Fall Set For 6/6