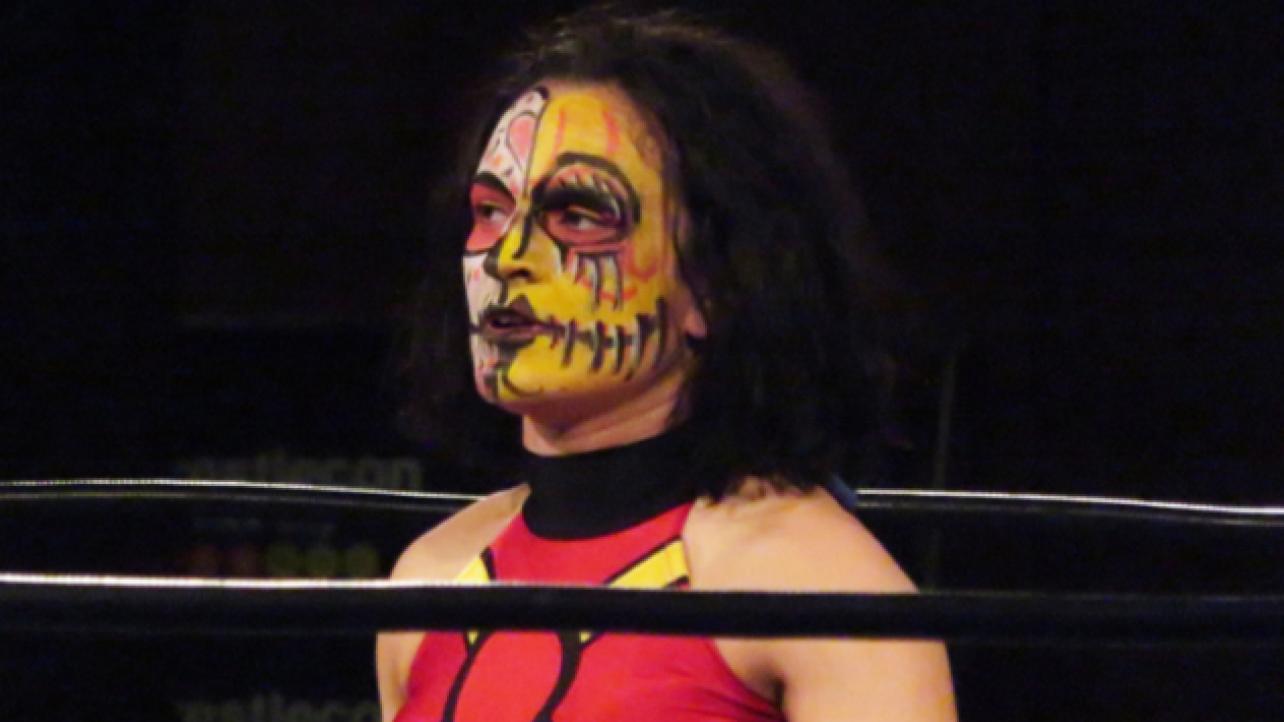 NWA women’s champion Thunder Rosa was a recent guest on the Shining Wizards Wrestling podcast to discuss Hikaru Shida’s open challenge in AEW, as well as her successes in NWA and Lucha Underground. Highlights are below.

They know where I live. They know my number. They can find me on my social media. Shida knows. Everybody knows. The fans are asking for it. I don’t know if the AEW women’s division is ready for me, honestly. To be 100% honest with you. I’m going to ask you this question, do you think they’re ready for me? Honestly…In all honesty? If that ever happened, man, …it would be, you know, kind of what you guys saw with Allison Kaye. You know, magic. I’m ready. I’m ready for anybody.

On her success in NWA:

It was about damn time. I mean, seriously. I have shown over and over and over for years and years and years that I’m one of the top athletes in the business. And somebody saw the potential that I have, and were like, you know what, we can work with you. Yes, you’re a work in progress. They saw that I have talent and saw that I have potential. The same thing happened to me when I went to Lucha Underground and they saw me as Cobra Moon. They told me I had “It” but it didn’t translate the way it translated with Thunder Rosa, ya know? Because people are more acquainted with me and when they told me that this was going to happen, for me, it was just like… it was about damn time. And it couldn’t happen at a better time when I was training for my first MMA fight, which of course… ya know, I didn’t get the result that I wanted because, again, I had a really big schedule wrestling, but I did my best and I showed that I’m fearless and I wasn’t afraid of facing anybody. I think it was just time and that right there made me work even harder. Like every time I defended the championship because if I’m going to lose it, it has to be somebody better than I am. I don’t think right now that my opponents are better than I am.

On her time in Lucha Underground:

It was great. Like, it helped me so much to be where I am right now. To be confident in front of a camera, to know how to work angles, to learn… what the producers are looking for, ya know. What the writers… what stories they were looking for. To feed my learning curve was a lot faster than a lot of people because I was put in a spot where I wasn’t ready, but I had to make sure I stay ready when we came back, ya know? So I have good and bad memories, but I will totally focus on the good because if I didn’t have that opportunity, I don’t think I would have taken my abilities to where I am right now and where I can perform lucha style, I can perform Japanese style, I can perform American style with confidence. And not shy away from opportunities for all of those things because I was prepared there and that was my platform to show what I can do, and if I didn’t know, I could develop it. The same with being a valet, instead of a wrestler, and how important it is to tell a story without having to wrestle, how important it is to put a character over and to make it mean something. I learned so much from mistakes that I made and now I’m applying everything to what I do in the NWA especially when we’re trying to tell a story. And I think that’s one of the reasons people are like so (in the first season) they were into the story we were trying to tell.