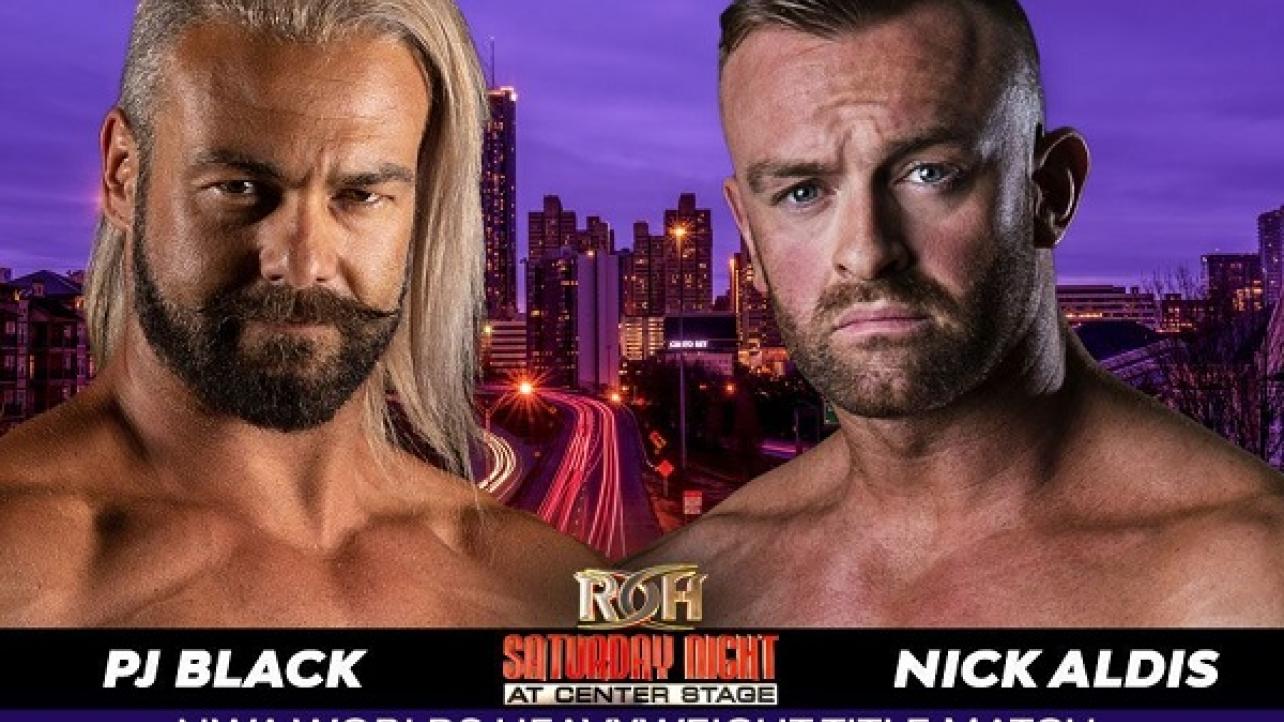 An NWA World’s Heavyweight Championship match has been announced for this Saturday’s Ring Of Honor (ROH) show in Atlanta, Georgia.

After retaining his title against James Storm at the NWA Pop-Up event in Clarksville, Tennessee, ROH officially announced that Nick Aldis will be defending his NWA World’s Heavyweight Championship against PJ Black (Justin Gabriel) at their event this Saturday night at Center Stage in Atlanta, Georgia.

Check out the official announcement below and get tickets for the taping at Ticketmaster.com.