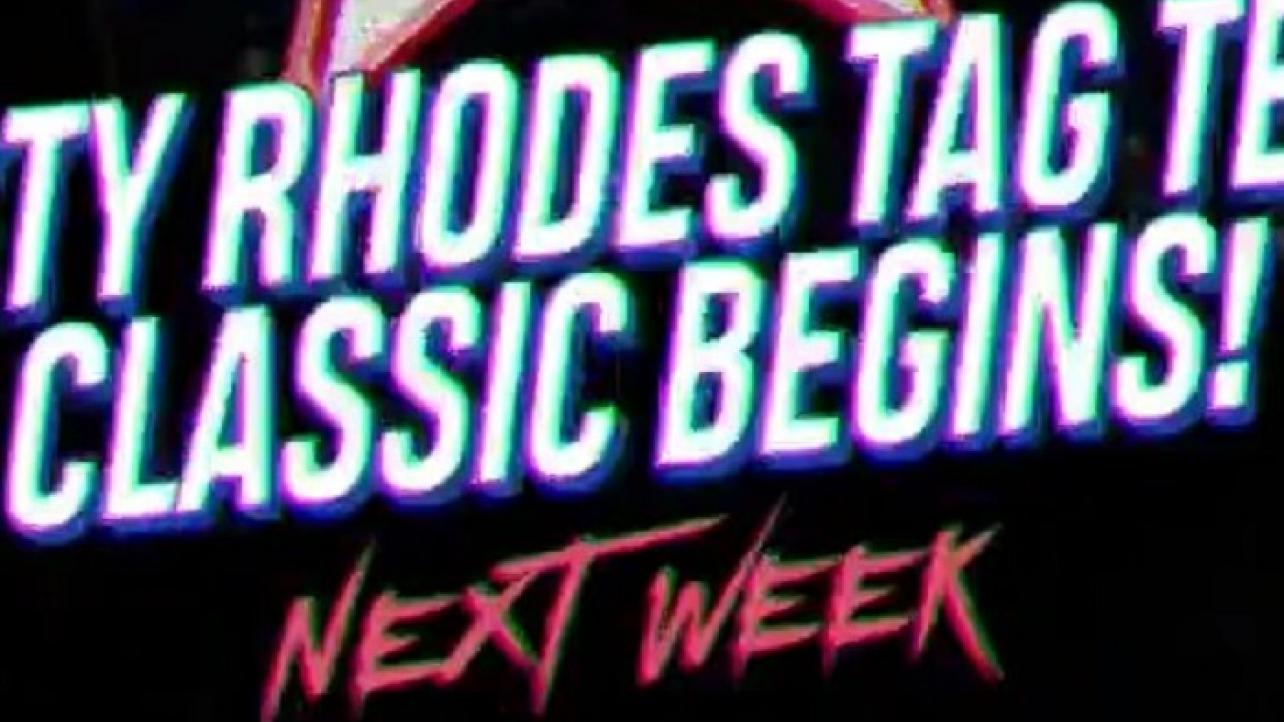 The Dusty Rhodes Tag-Team Classic Tournament kicks off on next week’s WWE NXT which airs on the USA Network at 8/7C.

During the NXT New Year’s Evil special episode on Wednesday evening, we learned who the first two teams heading into the Classic will be!

During a backstage interview, Adam Cole and Roderick Strong announced they have entered the Dusty Rhodes Tag-Team Classic Tournament representing The Undisputed ERA.

Cole stated they would definitely be victorious in the competition as he was the former longest reigning WWE NXT Champion, and Roderick Strong was a former NXT North American Champion. Cole continued to put over their accomplishments, and stated they fulfilled the “golden prophecy”. He went on to say they would do it again in 2021.

Cole and Strong will take on the tag-team of Tyler Breeze and Fandango who make up “Breezango” in the first round of the Classic.

Later in the show, it was also announced that The Grizzled Young Vets vs. Ever-Rise will also participate in a first round match for the Classic during next week’s episode of NXT which airs at 8/7C on the USA Network.

Featured below is the updated list of teams for the 2021 Men’s Dusty Rhodes Tag-Team Classic Tournament:

That makes 8 teams now official for the Dusty Classic.

There’s no word on if any other teams will be announced, but the first two Dusty Classic tournaments featured 16 tag teams, while the rest have had 8 teams.

WWE will be revealing the full Dusty Classic brackets as soon as they become available.