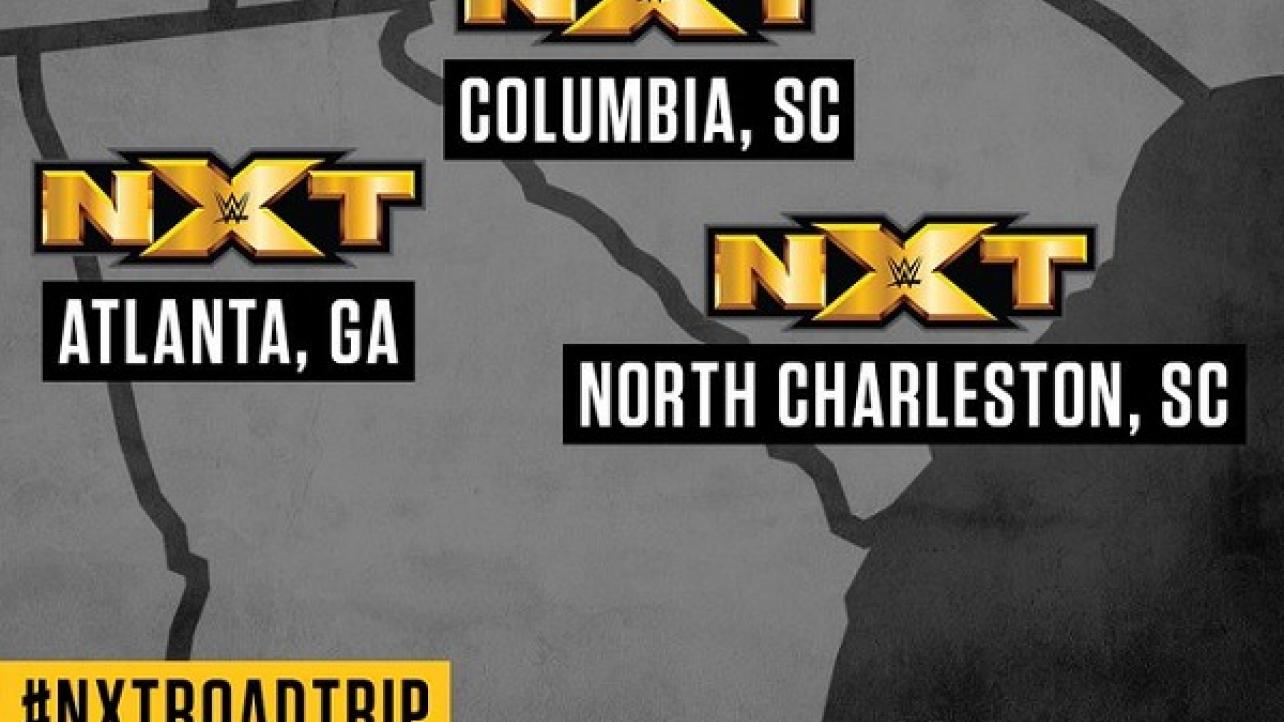 This week, WWE began the hype for their upcoming black-and-gold live event tour scheduled for next month.

WWE announced on Monday the details regarding their upcoming NXT Live Event Tour in July that features stops in South Carolina, North Carolina and Georgia.

Check out the complete announcement, as well as a tweet featuring comments from Paul “Triple H” Levesque below.

NXT Live comes to the Carolinas and Georgia this July

The action-packed NXT Live tour heads to the Southeast for four Live Events this July in South Carolina, North Carolina and Georgia.

The NXT tour makes its first stop in North Charleston, S.C., on Thursday, July 25, at the North Charleston Convention Center, followed by stops in Columbia, S.C., on Friday, July 26, at the Township Auditorium; Atlanta’s famed Center Stage on Saturday, July 27; and Concord, N.C., on Sunday, July 28, at the Cabarrus Arena.

Tickets for all four events will be available starting this Friday, June 14, at 10 a.m. local time. Visit NXTTickets.com for complete information on how you can see sports-entertainment’s hottest brand this summer!

*Talent listed and depicted above is subject to change.

Pre sale starts THIS Thursday at 10am. Stay tuned for the code.#WeAreNXT https://t.co/mitGvmnnfa