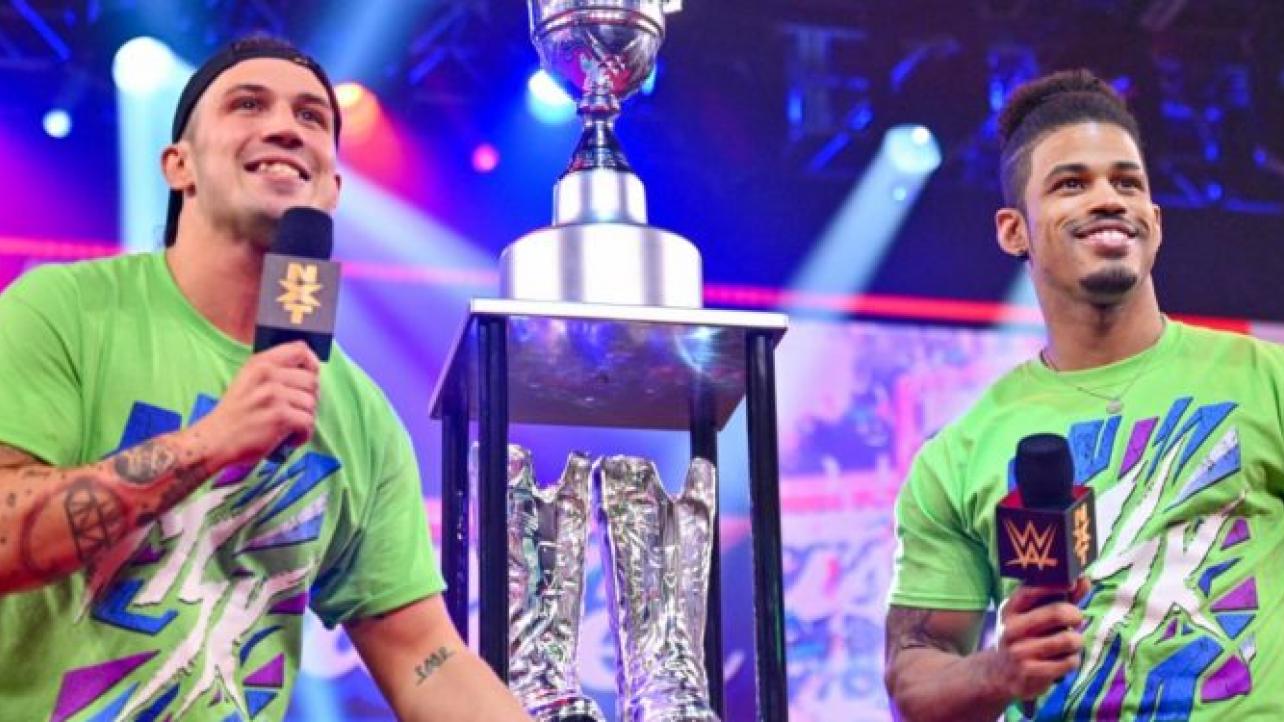 NXT Stars MSK Reveal The Stories Behind Their Ring Names

Origin stories behind ring names in the pro wrestling business are always interesting.

During a recent interview with Fightful, MSK (Nash Carter and Wes Lee) spoke about the details behind getting their ring names in NXT.

Featured below are some of the highlights from the interview where they tell the story.

Nash Carter on origins of his NXT name: “Nash is my nephew’s name. He’s a little baby right now. I figured later on in life he will say, ‘Oh my gosh. You really did that for me? Carter is from Lil Wayne. There’s a couple other Carters from different bands that I like too.”

Wes Lee on origins of his NXT name: “For Wes, I’m a huge Wesley Snipes fan from Blade, Passenger 57, and all those kinds of movies. Lee, I’m a huge Bruce Lee and Jet Lee fan, and I wanted to pay homage to everything they’ve inspired me to do.”

Check out the complete interview at Fightful. H/T to WrestlingNews.co.

NXT Stars MSK Reveal The Stories Behind Their Ring Names