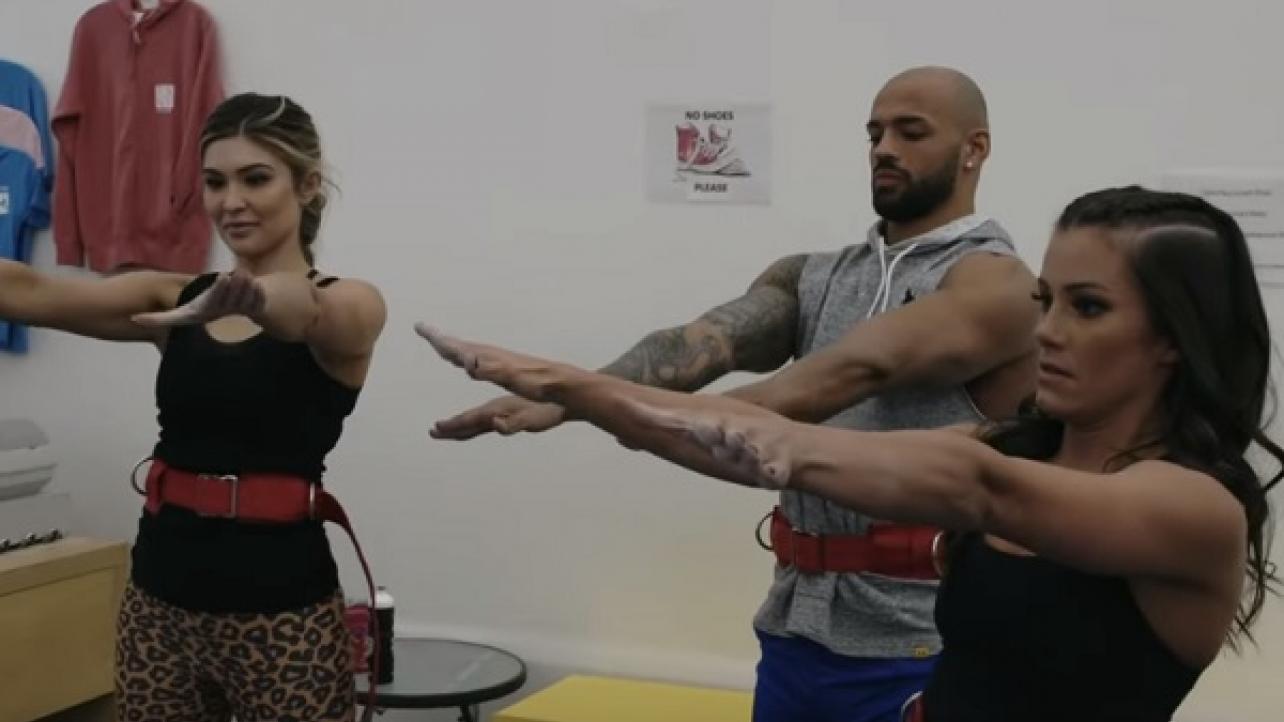 – WrestleMania Axxess continues on Saturday at Pier 12 in Brooklyn, New York with three sets of NXT U.K. television tapings. The shows will air as future episodes on the WWE Network weekly series that airs on Wednesday afternoon’s.

– In addition to his full-length post-show interview that aired on Facebook Live after the show, Triple H talks backstage at the Barclays Center about the NXT TakeOver: New York special in the following video released via WWE’s official YouTube channel.

– The latest installment of the WWE digital series WWE Now features Ricochet and Kacy Catanzaro flying around the air at Trapeze School in New York City. Check out the complete video below.